A Young, Fresh Crater in Hellespontus

This is a textbook example of a morphologically fresh and simple impact crater . At 1.3 kilometers in diameter, this unnamed crater is only slightly larger than Arizona’s Barringer (aka Meteor) Crater, by about 200 meters. Note the simple bowl shape and the raised crater rim.

Rock and soil excavated out of the crater by the impacting meteor—called ejecta—forms the ejecta deposit. It is continuous for about one crater radius away from the rim and is likely composed of about 90 percent ejecta and 10 percent in-place material that was re-worked by both the impact and the subsequently sliding ejecta.

The discontinuous ejecta deposit extends from about one crater radius outward. Here, high velocity ejecta that was launched from close to the impact point—and got the biggest kick—flew a long way, landed, rolled, slid, and scoured the ground, forming long tendrils of ejecta and v-shaped ridges. 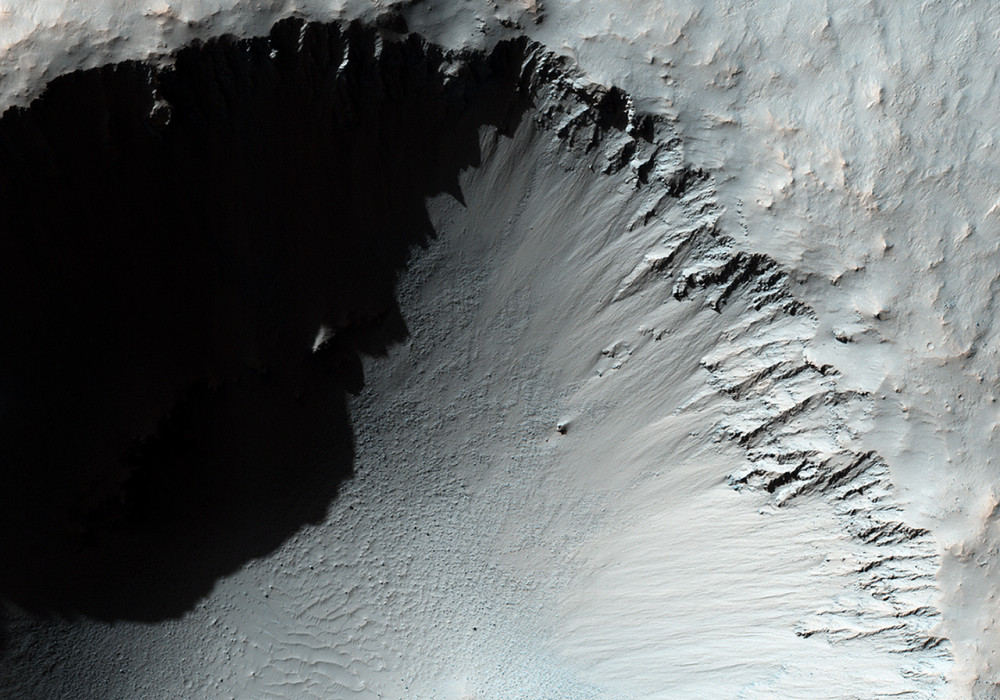