A Youthful Crater in the Cydonia Colles Region

The central portion of this image is dominated by a sharp-rimmed crater that is roughly 5 kilometers in diameter. On its slopes, gullies show young (i.e., geologically recent) headward erosion, which is the lengthening of the gully in the upslope direction.

This crater is also remarkable for another reason. This image is part of a stereo pair, and the anaglyph of these images shows that the bottom of the crater contains a small mound. This mound hints at a possible complex crater, with the mound being a central uplift. Complex craters as small as this one are uncommon and such examples may provide clues to the lithology of the rocks underground and possibly to the impact process itself. 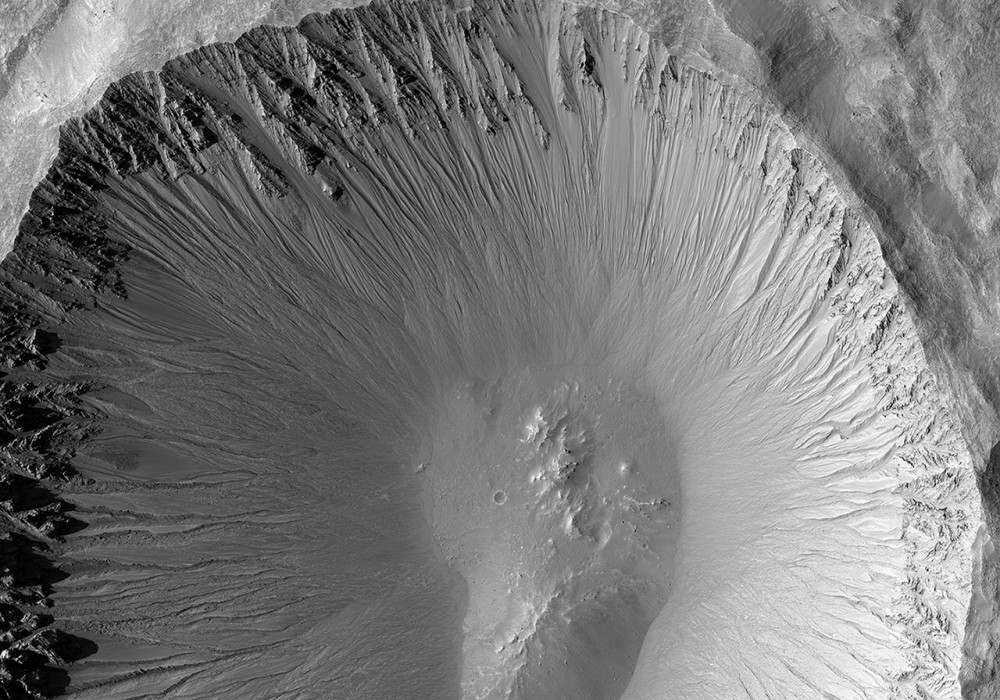