A Youthful Crater in the Cydonia Colles Region

This observation shows a youthful crater with sharp rim and gullied slopes.

Just what makes a Martian crater youthful, in a geologic sense? Very old craters tend to have eroded rims and can have plenty of material that’s filled in the floor. Gale Crater , where the Mars Science Laboratory will land this summer, is an example of an ancient, highly eroded crater. By contrast, the crater in this image appears to have experienced much less erosion.

Note that even though a crater might be called “youthful,” it can still mean that the crater formed tens of thousands of years ago, if not more. For an example of a truly recent crater, see the 7 meter (about 23 feet) diameter crater in ESP_015989_1835 , which we know formed sometime between 2005 and 2010.

Note: the above image is not map-projected, so North is down. 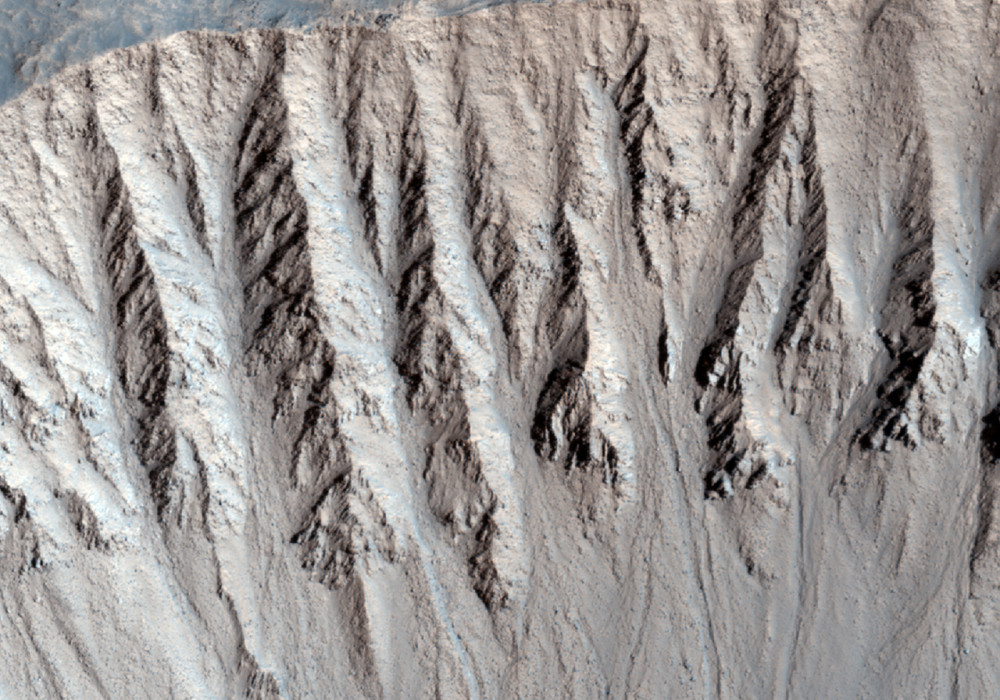