Gullies remain an interesting feature to study on Mars, especially because we are still learning about their formation and what processes still act on them.

In this observation, we see large gullies on a huge, barchan dune . We’ve observed these gullies before, seeing that they appear to be active at different times. When we say “active,” we mean that we can see changes in their appearance between different HiRISE images of the same area.

The major objective of this and similar images is to better understand the mechanism for these changes. A specific hypothesis the HiRISE team is investigating is that the changes we see are associated with frost deposits. The frost may be thick and heavy enough to cause parts of the sand dune to collapse, especially if it is “lubricated” by a layer of gas at the base of the frost layer. The gas would form at the bottom of the frost if sunlight passes through the frost and heats the underlying dark sand, working like a greenhouse. 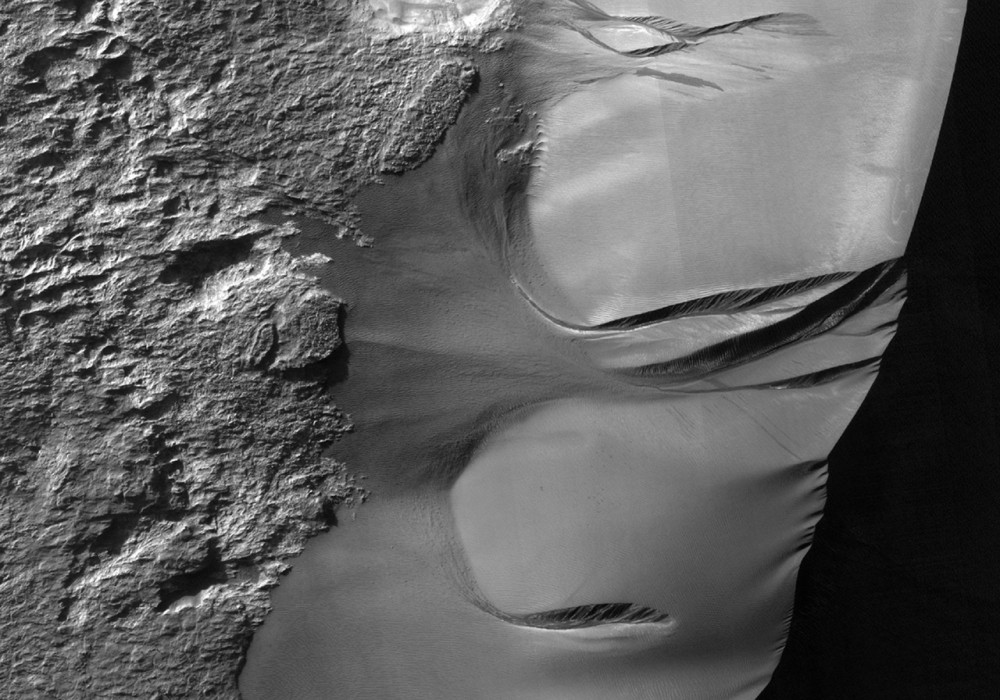