This image shows knobs and bluffs that are being actively eroded by the Martian wind. Fine, light-toned sedimentary layering is exposed in the bedrock at the base of the cliffs .

Also in this scene are two types of unconsolidated aeolian sediments. The reddish ridges are relatively immobile, and are probably similar to granule ripples on Earth that are protected from the winds by a surface layer of coarse grains. The dark gray dunes are probably made up of fine (approximately 0.1 mm) basaltic sand. Previous HiRISE images ( PSP_001756_1995 , PSP_010643_1995 ) showed that the sand in Pasteur Crater is currently mobile.

This sand is thought to be locally derived, from dark deposits within a small crater called Euphrates that is located within Pasteur, upwind of the sand dunes. The movement of this sand contributes to the erosion of the ancient bedrock, sandblasting the formation into the knobs seen today and exposing layers that were deposited in ages past. 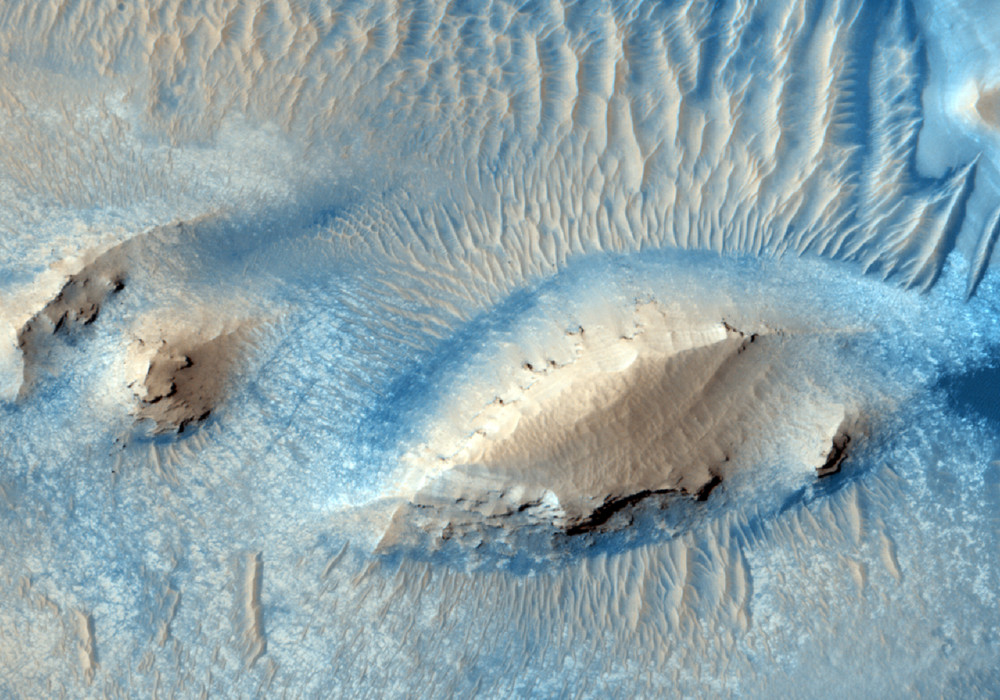