Active Slope Flows on the Central Hills of Hale Crater

HiRISE has been monitoring steep slopes on Mars because some of them reveal active processes. In some cases, there are many seasonal flows on warm slopes, suggesting some role for water in their activity.

The central hills in Hale Crater is one such location, with thousands of seasonal flows on steep slopes below bedrock outcrops. The cutout shows a small sample of this image, with relatively dark and reddish lines extending onto sediment fans. 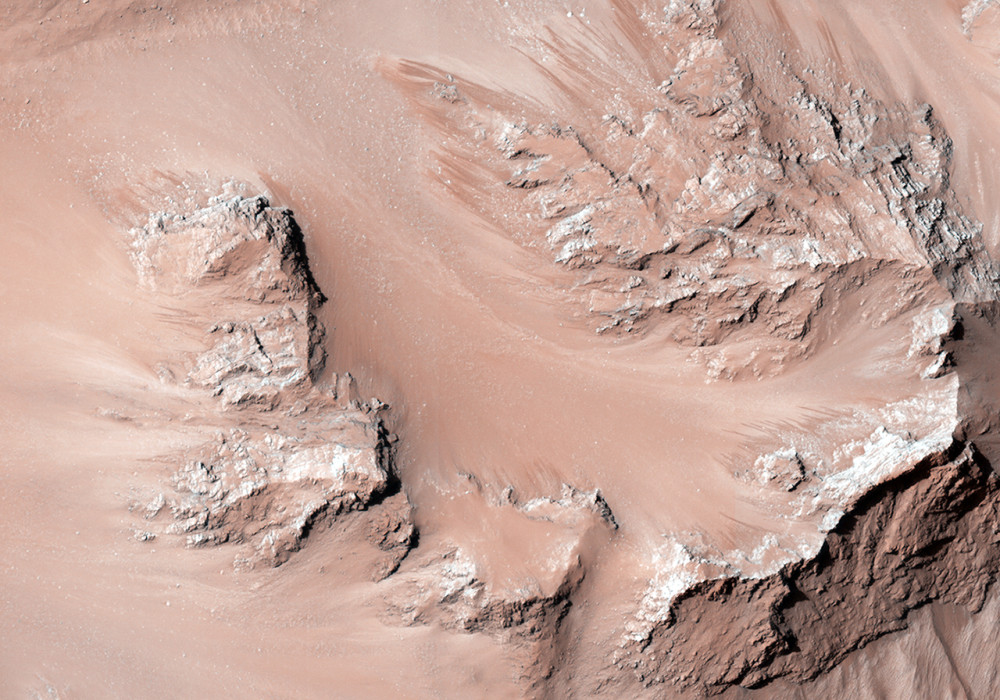