This image shows a dark dune field in Smith Crater. The dark color of the dunes indicates that they are probably made of basaltic sand, a dark volcanic rock that is common on Mars. This is in contrast to dunes on Earth, which are dominated by quartz, a rare mineral on Mars.

The dunes here are transverse dunes that, based on analogy with similar features on Earth, form by winds that blow in a direction perpendicular to the crests. However, Secondary ripples on top of the dunes are oriented at right angles; that indicates a second wind regime that has redistributed the sand after the original dunes formed. The multiple orientations of the dunes may be partly caused by their location within the crater, whose own topography can act to redistribute regional wind patterns. 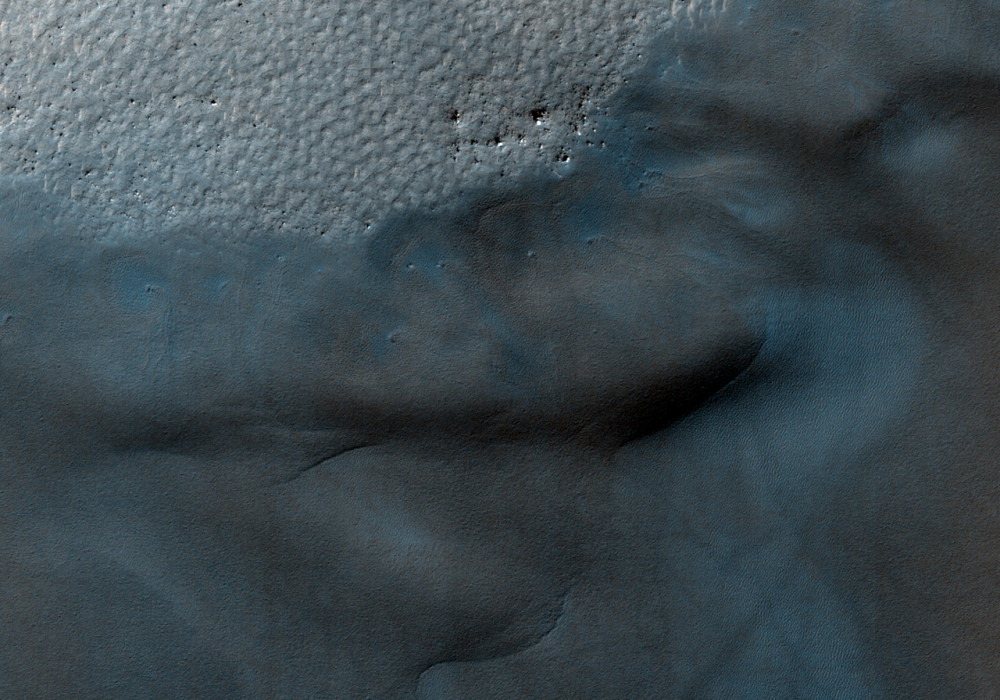