Slope streaks, commonly seen in dust-rich equatorial regions of Mars, have been observed in all spacecraft images from the early Mariner missions to the most recent Mars Reconnaissance Orbiter (MRO) mission.

Recently formed slope streaks are typically darker than their surroundings and appear to fade (i.e., brighten) over time. Typical characteristics of slope streaks are initiation at a point source, one streak splitting into two, deflection around or over obstacles such as small boulders or crater rims, widening below the source area up to a few hundred meters, and lengths of up to a few kilometers.

Numerous models have been proposed for their formation, both dry- and wet-based. Although there is not one universally accepted model, one key observation up to now was that streaks do not appear to have topographic relief. However, HiRISE images from the first seven months of MRO showed that slope streaks do indeed have topographic relief: the streak interior is lower than its surroundings. There are also many Martian slope streaks that do not appear to have relief; this does not necessarily mean they lack relief, but rather, the relief is below the capability of HiRISE to detect.

The discovery of topographic relief provides an important clue in that sediment had to be removed for the relief to be present. There are several processes, both wet and dry, that can remove material. A small stream of liquid water running over the surface could carve out the streak area, but liquid water exposed at the surface is not stable under current Martian conditions. Water flowing below the surface, covered by an insulating layer of materials is also possible.

Other evidence that would favor a wet process are detection of salts, alcoves or channels above the point source, or streaks forming at the intersection of two different geologic layers (i.e., permeable and non-permeable layers). However, there are no documented cases of these thus far. Thus, a dry process is appealing and one of these are dry dust avalanches.

Further analyses of the slope streaks have documented features related to modification of the streaks. These include ridge-like structures, which have been interpreted to be aeolian ripples. These ripples indicate that saltation of grains within streak beds are occurring on Mars today, and have likely occurred in the recent past. 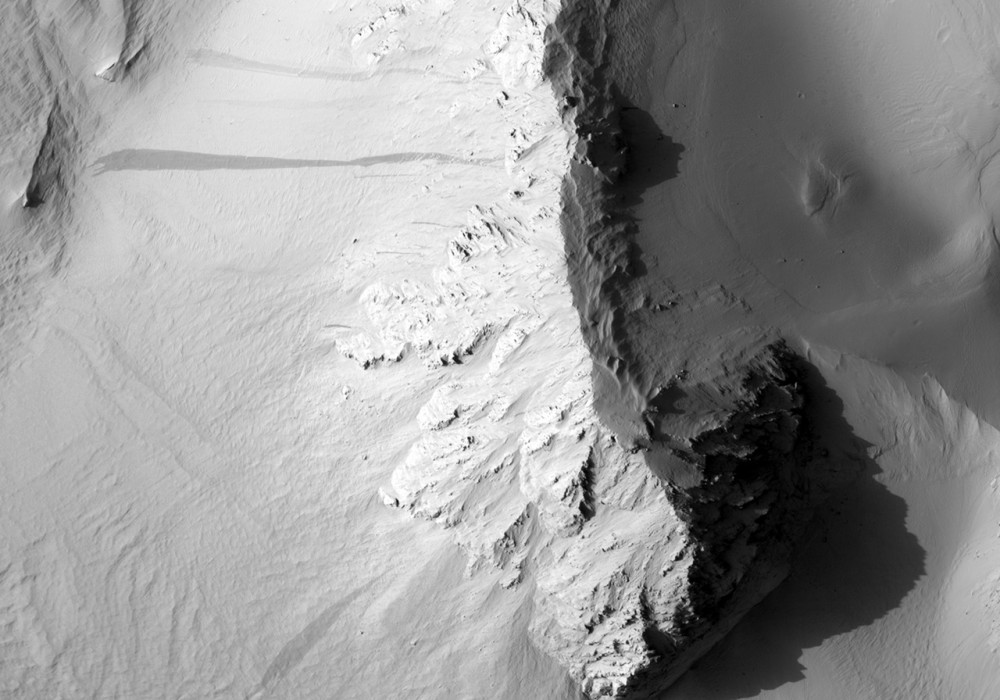