Aerosols in the Air

HiRISE images are monochromatic across much of the scene, but in the center we return color data. The color strip down the center of this image gives us insight into aerosols (particles of dust and frost) suspended in the atmosphere and the seasonal processes that get them there.

In the winter Mars’ South polar region is covered by a layer of carbon dioxide ice (dry ice). In the spring this ice evaporates from the top and the bottom of the seasonal ice layer (typically tens of centimeters thick). Where there are cracks in the ice the gas from below escapes, carrying fine particles from the surface up to the top of the ice. Larger particles fall back onto the ground in fan-shaped deposits pointing in a direction determined by the local winds.

We see the smaller particles (dust) suspended in the air locally over the cracks as the bluish tone over the regions with fans. Over regions without fans, where gas and dust from the surface are not escaping into the atmosphere, the surface is a more pinkish tone. 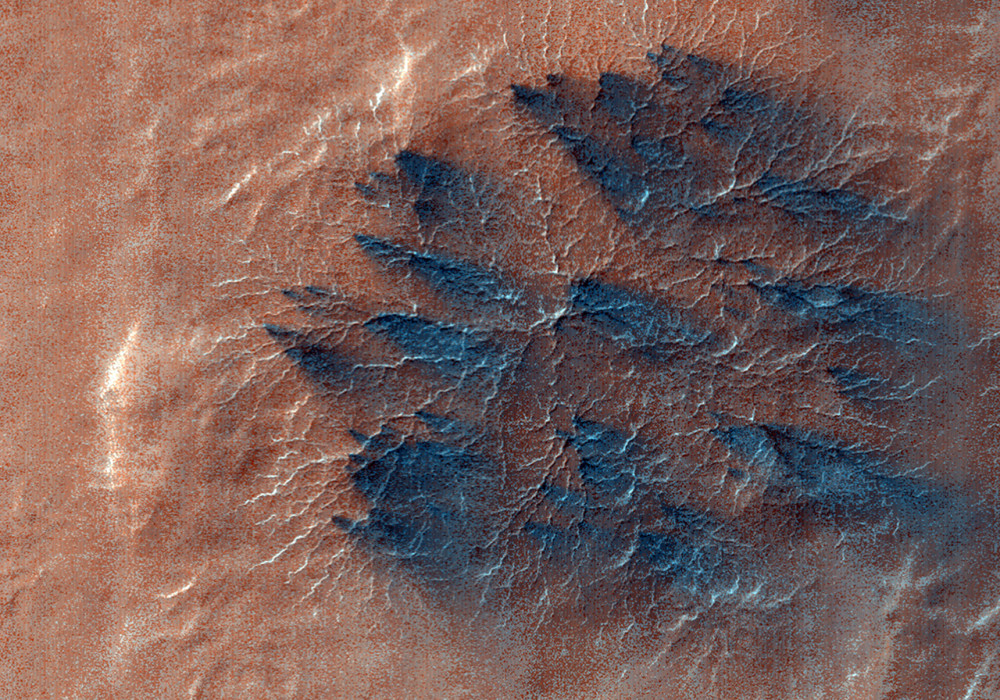