Mamers Valles is a long (approximately 1000 kilometers) sinuous canyon beginning in Arabia Terra and ending in the Northern lowlands of Deuteronilus Mensae. This image features the southern facing slope of the canyon wall.

The northern half (top) has a rough, pitted texture with numerous impact craters, while the middle section shows the steep canyon wall. Streaks of slightly different colors show slope material eroding onto the canyon floor. Though the canyon itself was formed long ago, the material deposited on the canyon floor has been laid down over time, creating a much younger surface.

The difference in age of the surfaces can also be indicated by the presence or absence of impact craters. The longer a surface has been exposed, the more impact craters it will accumulate. Counting craters to determine age estimates of planetary surfaces has been used throughout the solar system. This method is based on the assumption that the youngest, freshly formed surfaces will have no impact craters, and as time progresses crater impacts will accumulate at a predictable rate. This concept has been calibrated using crater counts on the Moon and the measured age of the rocks brought back by the Apollo missions. 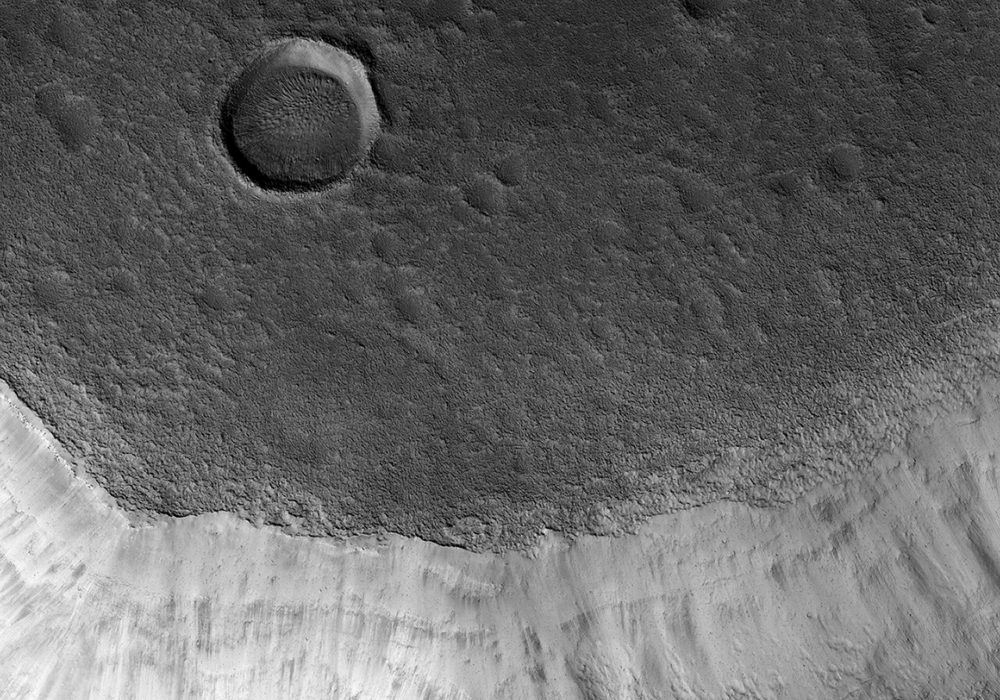