Alluvial Fan along a Crater Wall

This observation covers an alluvial fan along the wall of a large crater in the mid latitudes of the Southern hemisphere of Mars.

The fan was formed when water and sediments drained down the steep wall of the crater creating a cone-shaped pile of debris at the base. As the fan grew with time, the channels carrying water and sediment across the fan surface changed locations, producing a layered deposit capped by channels radiating from the fan apex along the crater wall.

Subsequent stripping of the fan surface by the wind has left the coarser channel deposits in relief and exposed the fine scale layering within the fan in many locations. While is it is not known whether the source of the water responsible for creating the fan was related runoff from precipitation or groundwater or perhaps both, alluvial fans of broadly similar form are observed in many locations on Earth and are usually formed by runoff from precipitation.
Written by: John Grant   (8 September 2010) 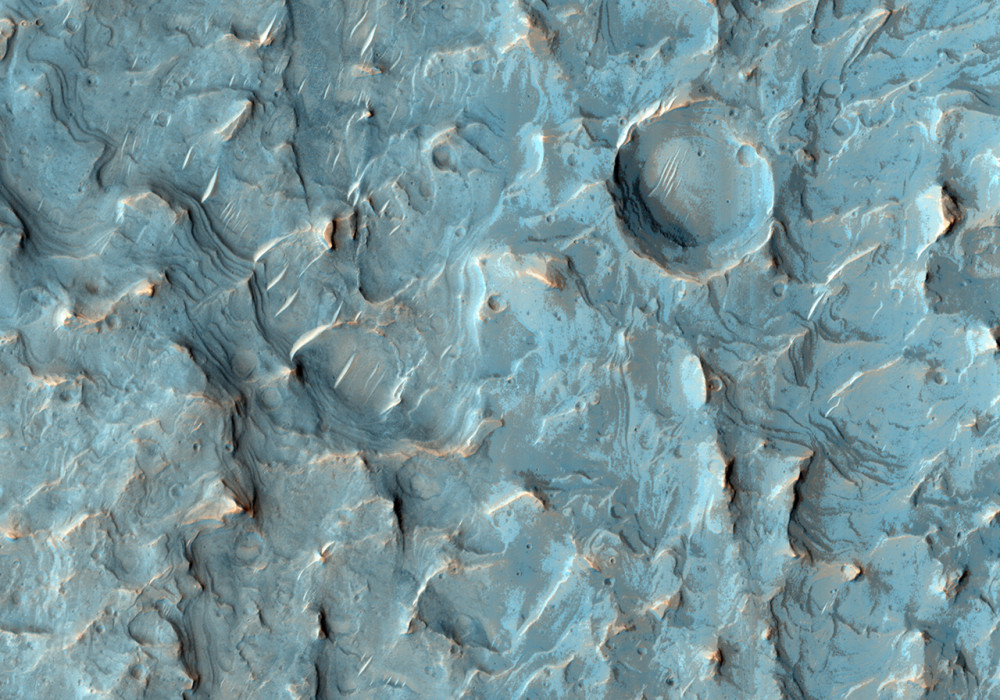