This image shows a large symmetrical alluvial fan at the mouth of a small channel along an unnamed crater. Alluvial fans with a well-defined channel source area are relatively uncommon on Mars.

This fan has a rib-like outer margin and many more terrace-like scarps upslope near the channel mouth. These terraces may indicate the outer margin of sediment deposits during each pulse of deposition. Further study of these types of alluvial fans may shed light on past sedimentary environments and conditions on Mars. 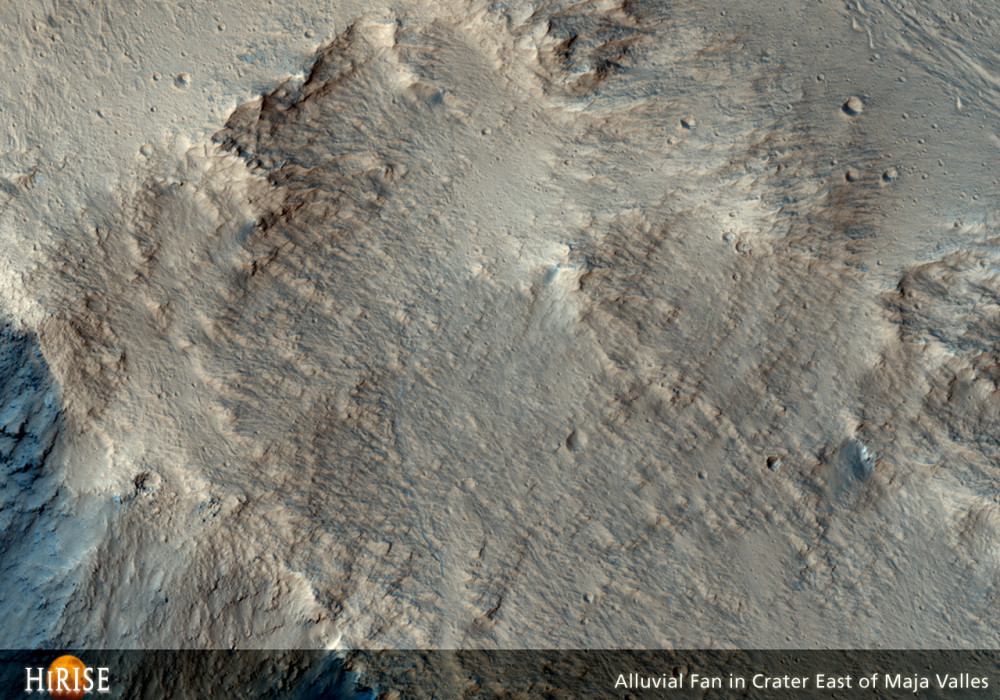