An Alluvial Fan in a Low-Latitude Crater

On Earth, alluvial fans form in desert regions when heavy but sporadic rainfall washes debris from upslope and deposits it in a wedge-shaped fan on the lower slopes below.

On Mars, alluvial fans are sometimes visible in impact crater basins, as material from the steep rims is transported radially inward to the relatively flat floor. Because this is a water-driven process on Earth, and therefore might work the same way on Mars, scientists study Martian alluvial fans order to try to better understand the climate history and possible warmer, wetter past of Mars.

This image, along with its stereo companion, displays an alluvial fan on the floor of a large, 60-kilometer (38 mile) diameter equatorial crater. It is one of several present in the crater ( see ESP_017340_1565 ). This one looks particularly nice in the anaglyph, as there are well-delineated ridges in the fan that stand above the crater floor. These ridges are inverted channels, which form when the floor of a channel is more resistant to erosion than the surrounding surface. This can happen if the floor of the channel is cemented by minerals deposited from water, filled by lava, or simply covered by larger rocks which are hard for the wind to sweep away. 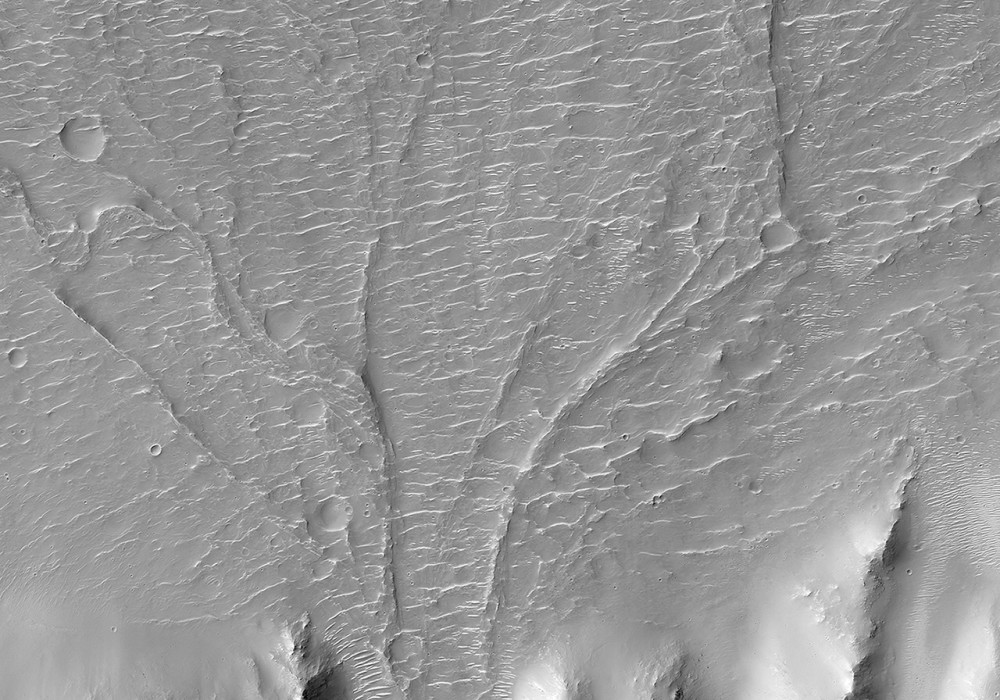