Most of the oldest terrains on Mars have eroded into branching valleys, much like many land regions of Earth are eroded by rain and snowmelt runoff. This is the primary evidence for major climate change on Mars billions of years ago.

How the climate of Mars could have supported a warmer and wetter environment has been the subject of scientific debates for 40 years. A full-resolution enhanced color closeup reveals details in the bedrock and dunes on the valley floor (upper left). The bedrock of ancient Mars has been hardened and cemented by groundwater. 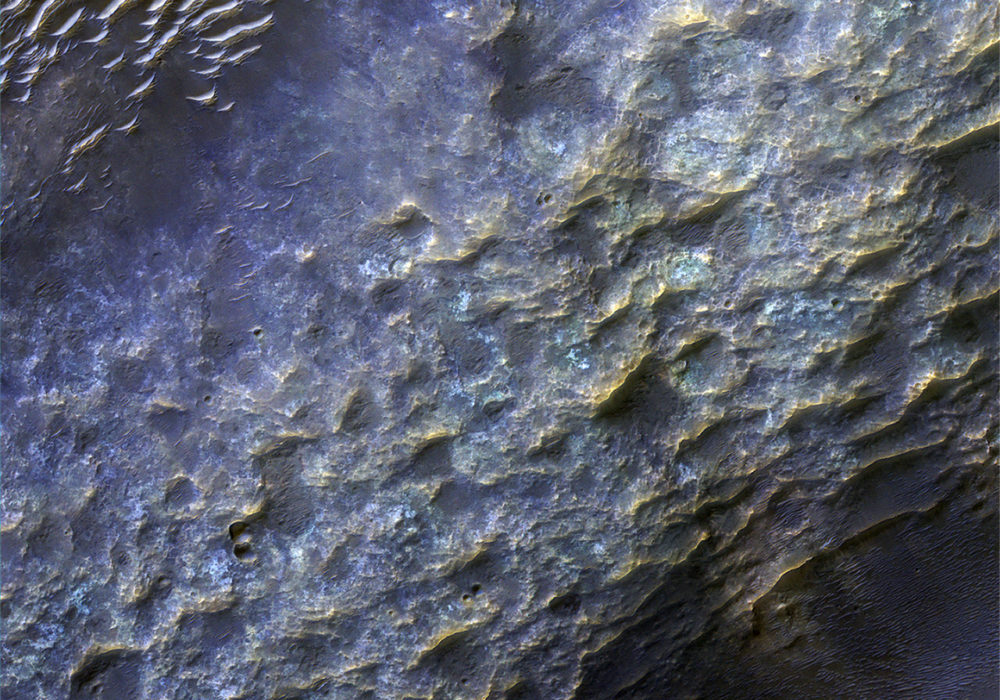