An East Watershed for Jezero Crater

This image was targeted to the eastern headlands of the river flowing in from that direction. In addition to complex erosional patterns, there are some good exposures of ancient bedrock, where we can see evidence for faulting and folding . 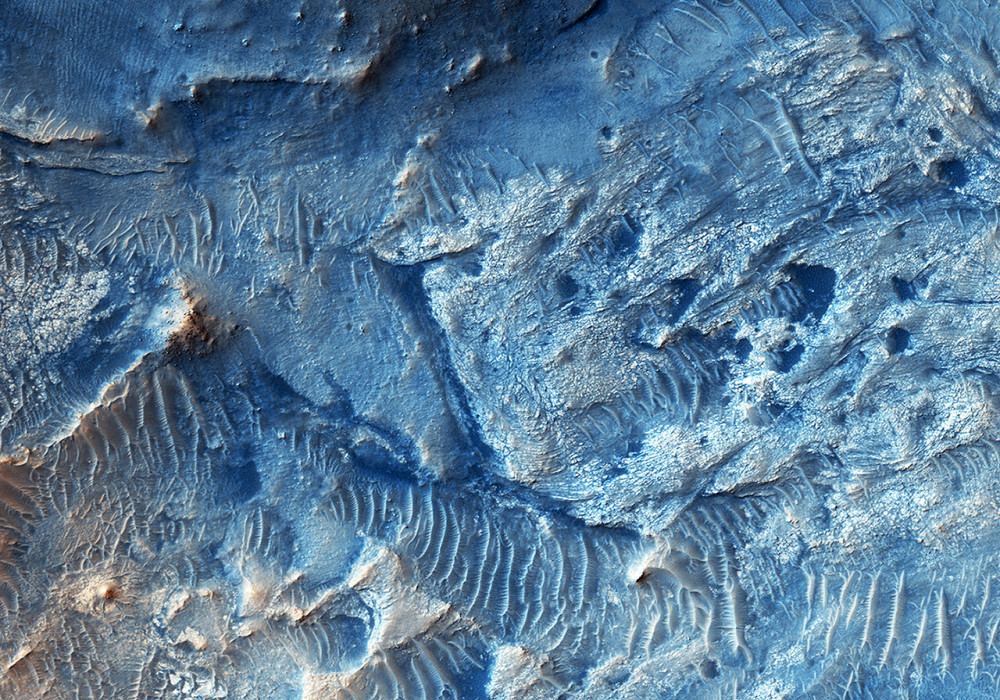