An Icy Crater on Mars

HiRISE has observed more than 200 new craters on Mars . These craters are first visible as new dark spots by the MRO’s Context Camera (CTX), which can view much larger areas, and then imaged by HiRISE for a close-up look. The dark spots are most easily seen when the surface is light and dusty, so most of the new craters that we find are in dusty areas like the large volcanoes on Tharsis.

Mars has ground ice at high latitudes, and when new craters form there, they dig up the ice. Until this image, this had only been seen on the Northern plains, because the Southern highlands have less dusty surfaces and it is hard to find new craters there. This crater is on an outlier of the South Polar layered deposits, a thick stack of layers near the south pole made of ice and dust.

It is not a surprise to find that these layered deposits are icy! However, the ice must be clean (without much dust) to stay bright long enough for HiRISE to see it, which gives us another piece of evidence that the layers are mostly ice. The layered deposits around here are covered with a layer of dust, but this crater tells us that the cover isn’t very thick.

This crater also threw out debris that formed rays, including some very small “secondary” craters. None of these smaller craters was large enough to dig up ice.

Over time, finding more of these craters all over Mars will help us to understand how much ice the planet has and where it is located. 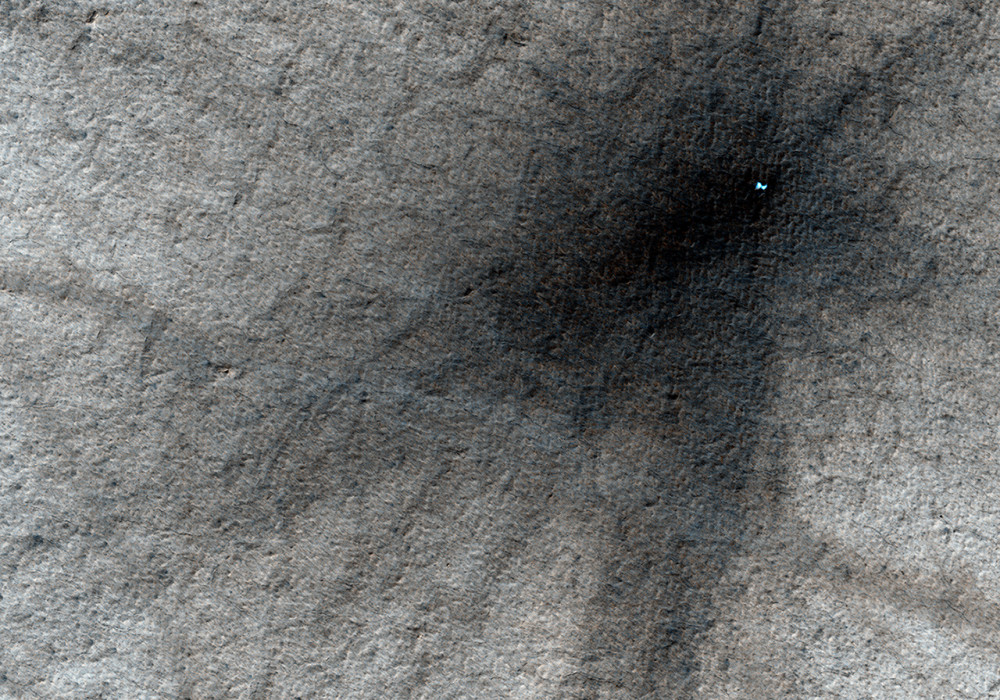