An Impact Crater in Isidis Planitia

This recent observation is the fifth time we’ve imaged this spot on Mars. We often re-image spots on the surface to search for, or track changes, due to active processes, such as migrating sand dunes.

In this case, there isn’t any known activity, although careful comparison of the images could show changes. Instead, we acquired these pictures at a range of viewing and illumination angles as an experiment to try to extract new information at the limits of image resolution. This is possible in two ways: by seeing the 3D shapes from different illumination and viewing angles, and, after orthorectification of the images, by combining them into a “super-resolution” image. (Orthorectification shows how the sloping surface appears from directly overhead).

This location is also the site of an early candidate for location of the Beagle 2 lander based on an image from the Mars Global Surveyor . HiRISE has acquired 24 other images covering most of the expected Beagle-2 landing ellipse, but no clear evidence for Beagle 2 has been reported. 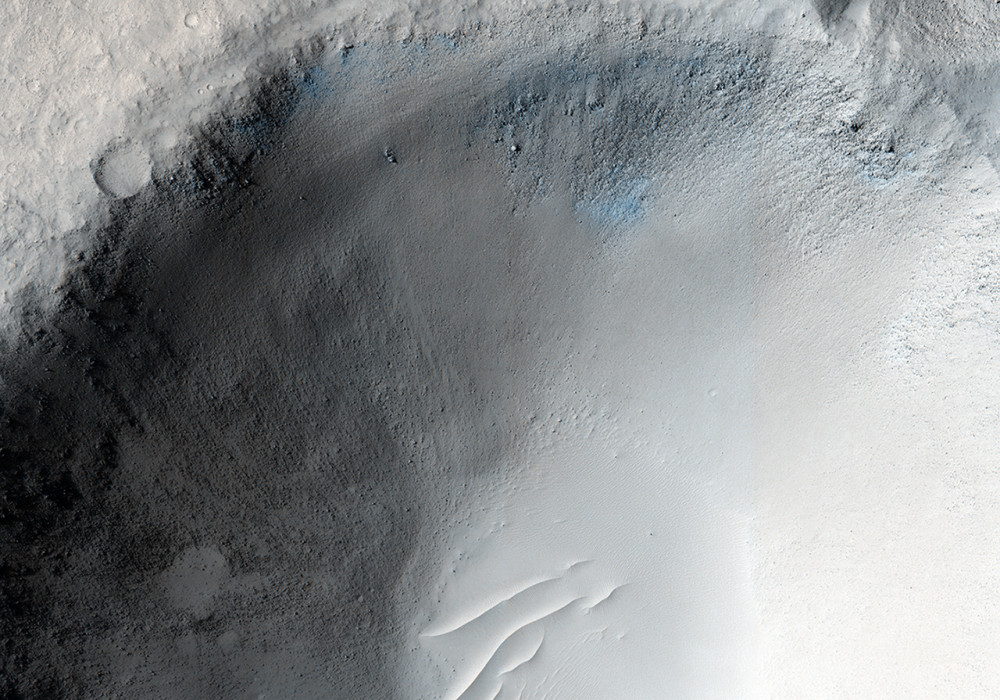