This crater, of which only a small portion is visible in the full HiRISE image, is very irregularly shaped and might suggest that some underlying liquid was present that made it so elongated after the initial impact.

Another reason for the crater’s shape might be that it was caused by a binary asteroid pair or a meteorite that broke into multiple fragments just before hitting the ground leading to the formation of a number of superimposed craters that produced this odd-shaped depression. Such craters have been previously observed by HiRISE .

The crater itself intersects a graben, which is a depressed stretch of land typically bordered by parallel faults. Note the dark streak on the crater’s eastern wall . 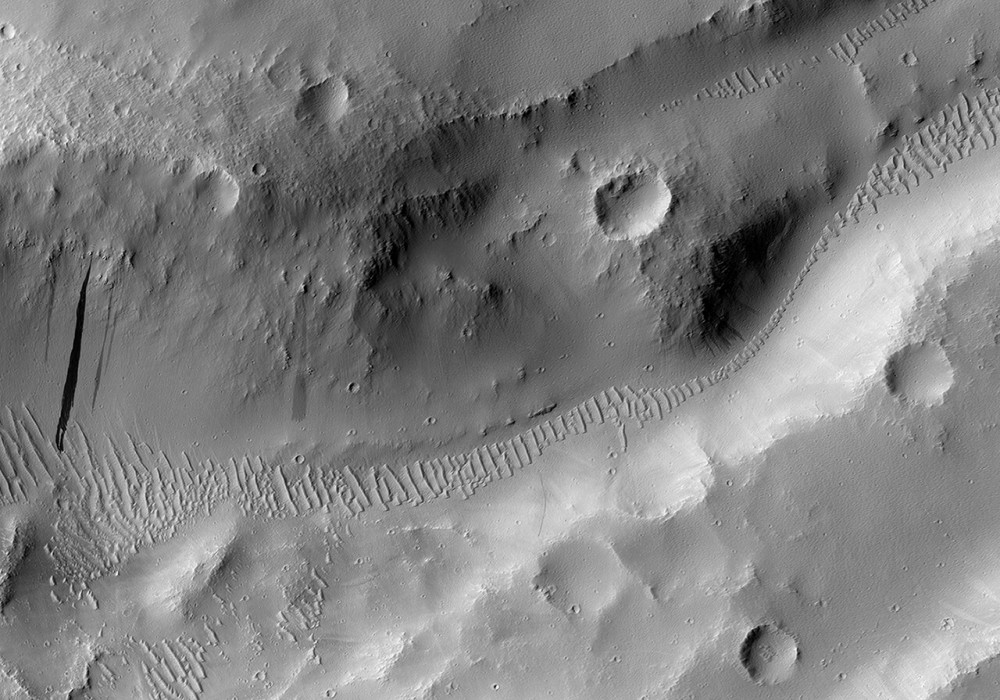