An Overflow Channel from Athabasca Vallis

A MOC image over this area showed a channel spilling out of the larger Athabasca Vallis (trending east-west at the north end of this image) and flowing to the south.

The channel splits into multiple branches, creating about ten streamlined mesas. Vague bumps were visible on the channel floor in the MOC image–perhaps large boulders that were deposited by floodwaters?

Our HiRISE image reveals the bumps to be rootless cones that form from lava-water interaction. The entire channel system appears to be coated by lava. There are two leading hypotheses for the origin of these channels: (1) they were carved by water and later coated by lava, or (2) the channels were eroded by the lava itself. If eroded by lava, a source of water was still needed to create the rootless cones, but could have been a much smaller quantity of water than that needed to carve the channels.

(The MOC image can be viewed here , but note that it needs to be flipped left-right to correct the geometry.) 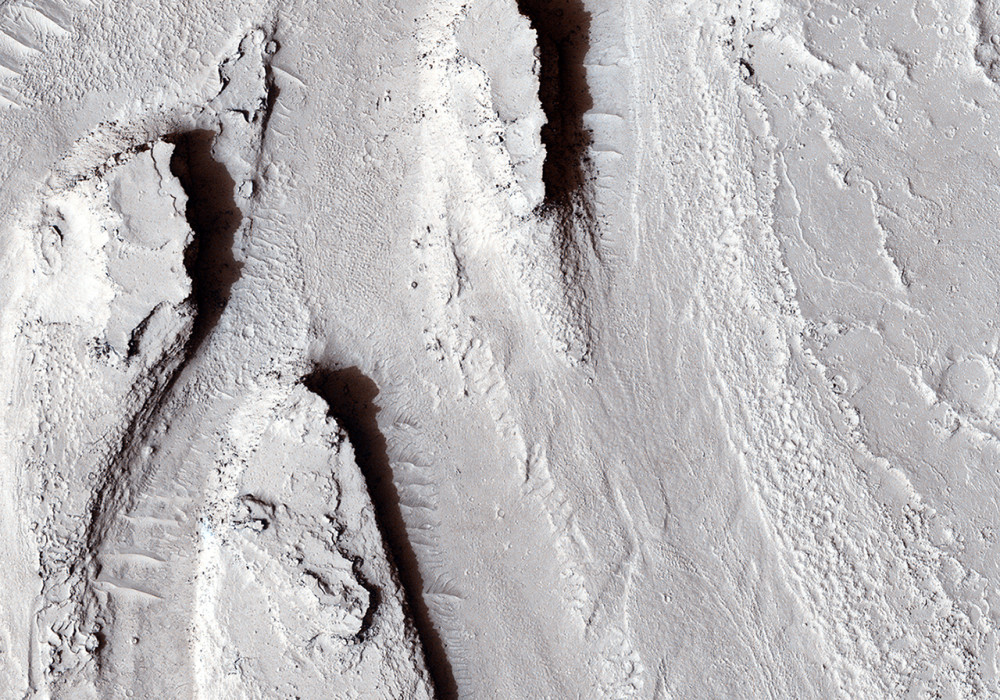