This image shows a portion of the southern highlands cut by Arda Valles, an ancient valley network.

The valley network is degraded as seen by the lack of obvious walls and a V-shaped bottom. The valley networks are thought to have formed by running liquid water on the surface of Mars billions of years ago, with a few being active more recently.

Arda Valles has many dunes within it and craters on top of it, which show that is has been around for long enough for craters to form. The surface that Arda Valles cuts is more cratered than the valley surface because wind has moved material into the valley throughout time such that the surface in the valley gets covered and past craters might be buried there. 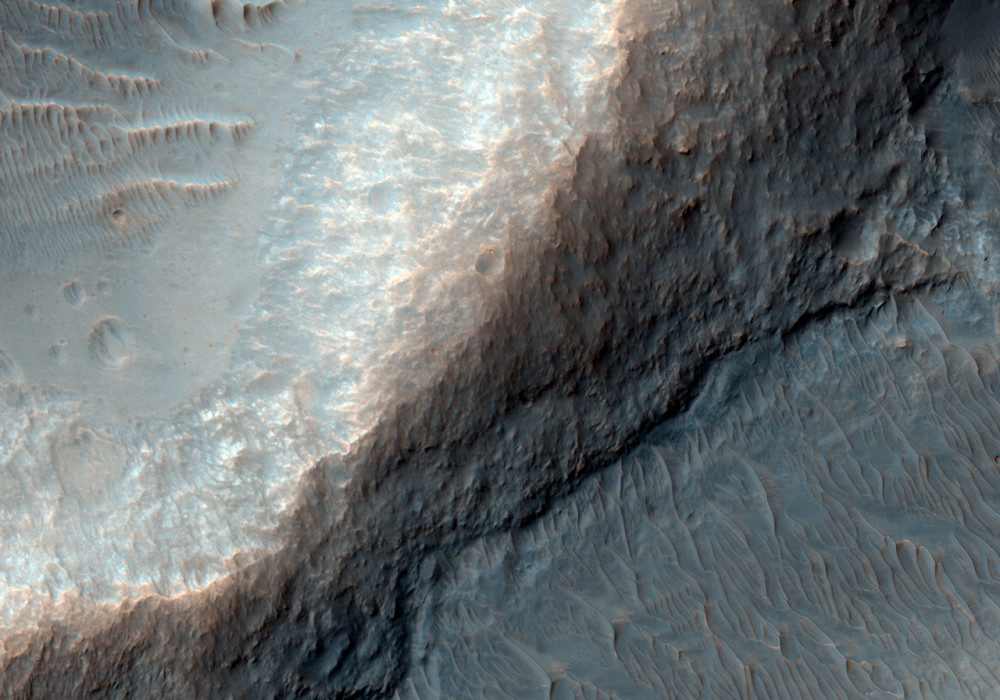