Ever wonder what a lava flow might look like after about 3 billion years of sitting on the windswept surface of Mars?

It makes a rocky, rough, cratered surface, with sand dunes and other windblown deposits. According to the OMEGA spectrometer on Mars Express, these flows are rich in the mineral olivine. Since olivine is easily altered by water, this site has been extremely dry for billions of years.

This is a great example of someplace we’ll probably never send a lander or rover. It would be difficult to land here successfully, and isn’t a good candidate for studying habitable environments.

On the other hand, getting a radiometric date for these rocks would be quite useful, to better understand the volcanic history of Mars and to calibrate attempts to date the surface from the density of impact craters. 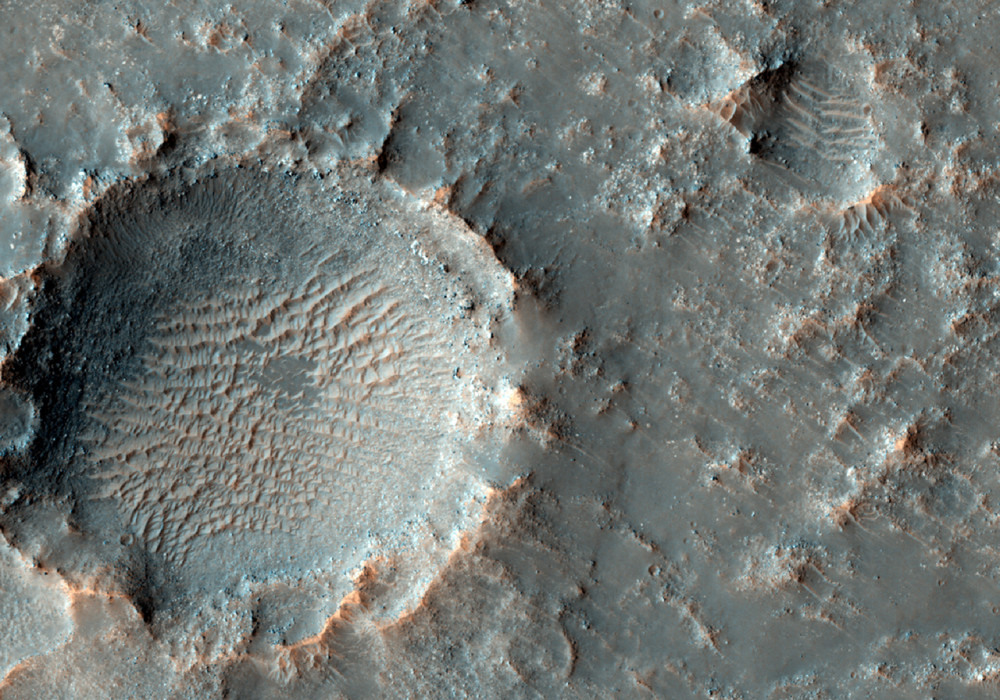