This image shows the details of layers that were identified in previous lower resolution images. The terrain is along the boundary between the ancient highlands and the younger lowlands of Mars.

There are many erosional channels in this area, some of which expose layers. These geologic layers should be like pages in a book, telling us the story of how this part of Mars formed.

However, at HiRISE resolution it is clear that the surface has been reworked by small impact craters, dust, and ice processes. The result is that the pages are covered up by these later events. This is a common story across much of Mars. The more recent geologic activity has covered the ancient story of a possible warmer wetter past and one must dig into the subsurface to get to the distant past. 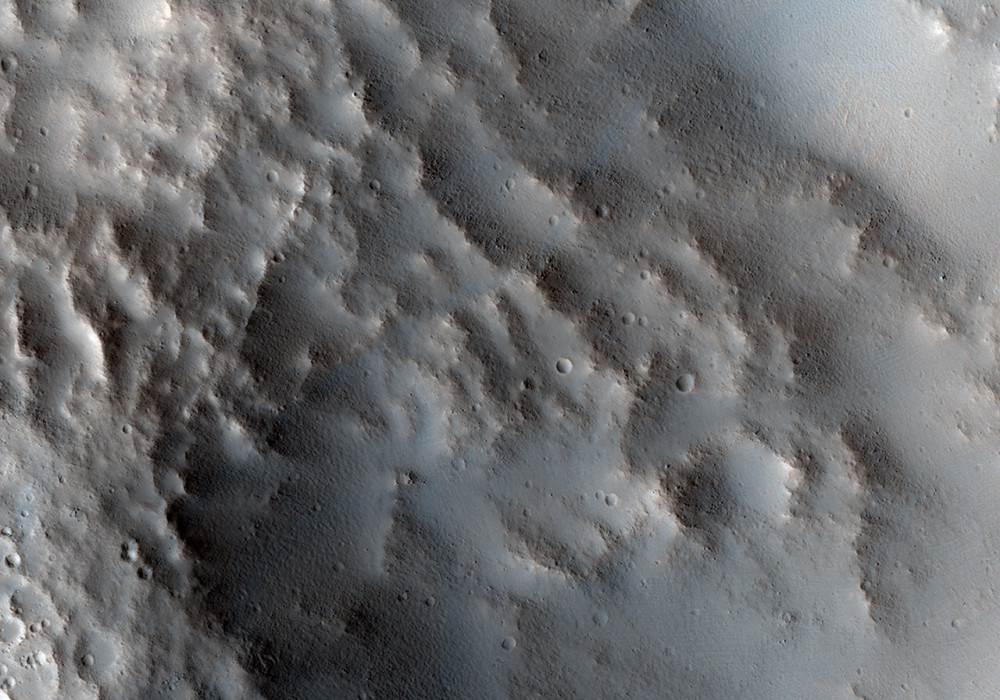