The answer has important ramifications about the early Martian climate. Clues about the source of the water may indicate the shape, layout, and scale of the various tributaries in a channel system.

Our image shows an example of just such a water-carved channel. The channel pattern, called “dendritic” because of its tree–like branching, begins at the top of the image and runs down over the rim of an ancient impact basin across the basin floor.

The soil surface overlying these channels, and indeed the entire landscape, has been changed and reworked over the intervening millions of years, by the combined actions of wind and ice. Over time, the original channels become muted or even erased. Nevertheless, some characteristics of the smallest tributary channels are still visible at scales seen by HiRISE. 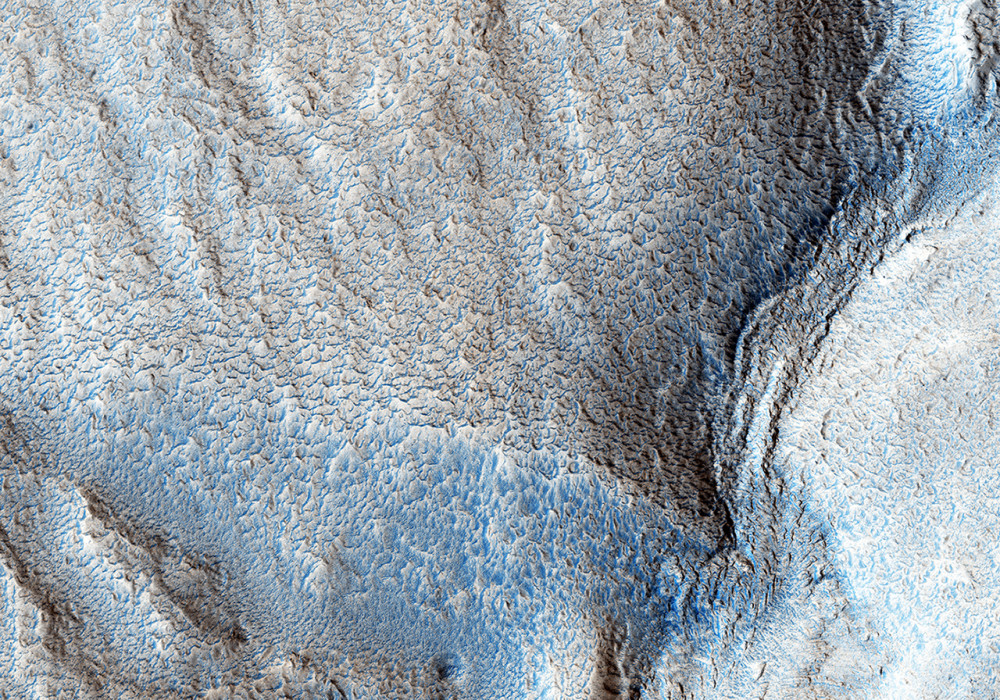