Malea Patera is one of a group of ancient volcanoes that ring the Hellas impact basin.

This HiRISE image was intended to investigate the nature of the volcanic materials at this location. However, the image was taken in early spring for this location in the southern hemisphere and so the ground is covered with bright frost except for some dark splotches found in discrete patches. This is where the sunlight has penetrated the frost and initiated defrosting around discrete spots.

Clearly something is different about the patches where this defrosting has started before any other locations. One possibility is that these are (frost covered) dark sand dunes that heat up more easily than the surrounding terrain. However, we will need to take a new image in the summer time to really know what is happening here. 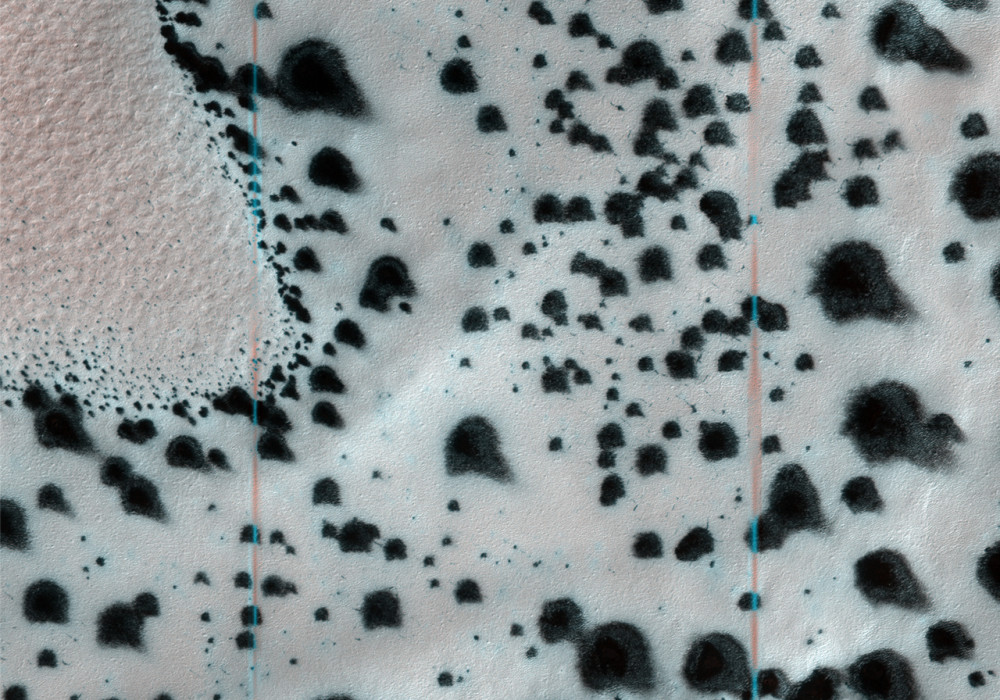