This HiRISE image shows a part of the Cerberus Fossae, a long system of aligned fissures. The Cerberus Fossae were the source of the youngest major volcanic eruption on Mars that covered much of the surrounding area in lava. The region has also seen much other volcanic activity.

The walls of the fissures typically reveal lava layers. At this site, they have cut through an older hill that protrudes above the surrounding plains. The layers within the hill are tilted relative to the overlying rock, which appears to drape the region and runs continuously over the hill and plains.

This tilted contact is known as an angular unconformity. It is most likely that this formed when horizontal layers were tilted by faults before the most recent volcanic eruptions, forming the irregular hills. The hills represent relatively old rock, while the smooth plains and the thin draping cover were formed more recently. 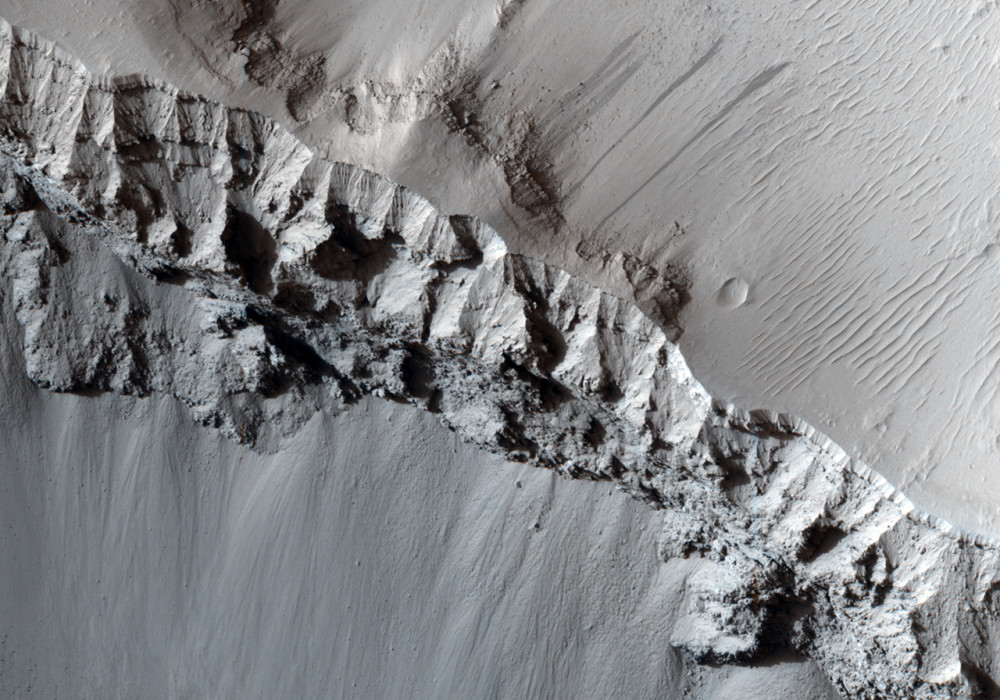