Shown here is a stereo pair ( see the anaglyph ) of a well-preserved impact crater about 6 or 7 kilometers wide from rim to rim. By well-preserved we mean that the crater has a sharp rim, deep cavity, impact morphologies preserved down to scales of tens of meters, and little sign of infilling or degradation by a range of processes (other impacts, volcanism, tectonism, icy flow, aeolian erosion and infill, etc.).

When seen at full HiRISE resolution, almost all craters on Mars do show some modification such as subsequent smaller impacts, wind-blown deposition and/or erosion, and downslope movement of material on steep slopes.

We have imaged hundreds of well-preserved impact craters on Mars ranging from 1 meter to more than 100 kilometers wide. These targets are of great interest for multiple reasons: first, we want to better understand impact cratering, a fundamental surface process. Second, such craters often contain good exposures of bedrock in the steep walls and, if the crater is large enough, in the central uplift. Just like terrestrial geologists are attracted to good bedrock outcrops like road cuts, planetary geologists are attracted to well-preserved craters.

Third, the steep slopes often reveal active processes, such as formation of gullies, boulder falls, and slope streaks that could form in a variety of ways. Some of these active processes could be related to water, since the crater may expose lenses of ice or salty water, or create deep shadows that trap volatiles, or expose salts that can extract water from the air. 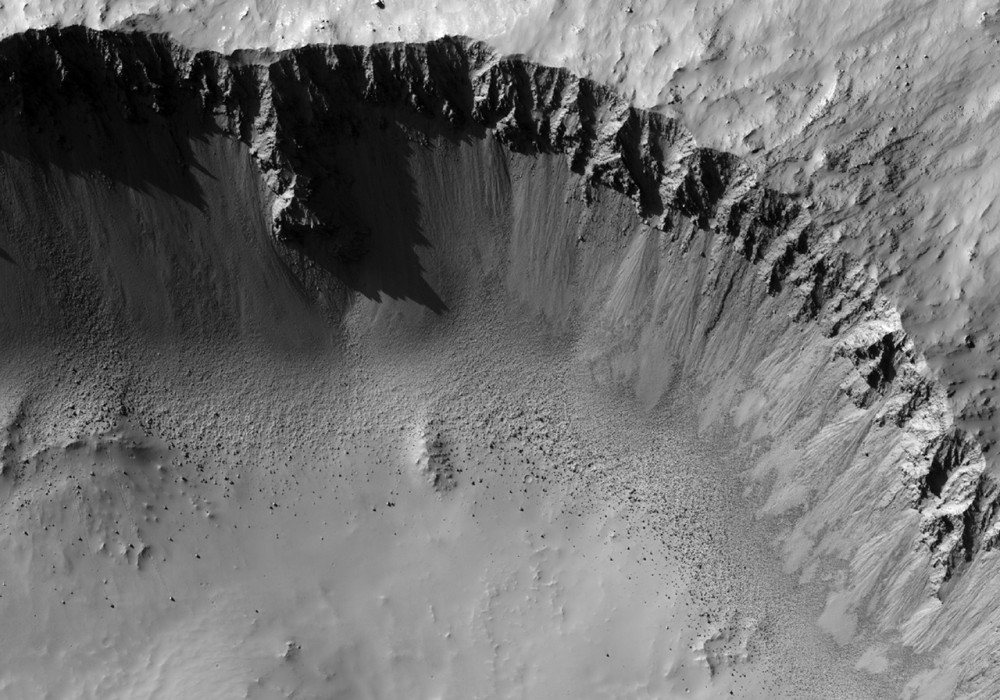