Throughout this entire image in Aonia Terra, it is possible to make out regular polygonally shaped patterns. Here on Earth, wherever ice-rich permafrost occurs (soil which stays frozen throughout the year), the ground may crack and form similar patterns to those we see on Mars.

Despite remaining below freezing, changes in seasons and ground temperature cause significant thermal-contraction stress, enough so that the terrain fractures into a honeycomb network of subsurface cracks.

Criss-crossed dark paths wind throughout this region. Dust devils, turbulent whirlwinds fueled by rising ground-warmed atmosphere, track across the surface, stripping the ground of bright surface dust as they go. Comparable to miniature tornadoes, they efficiently transport surface materials on Mars. Left in their passing is the darker coarse-grained soil underneath.

In this image, the sun is low on the horizon; the shadows make it easier to see the scattered rocks and boulders. Sometimes, these boulders occur in rings, the remnants of an ancient impact whose crater has since eroded to a flat surface. The boulders are left behind, illustrating where the form of the crater once stood. 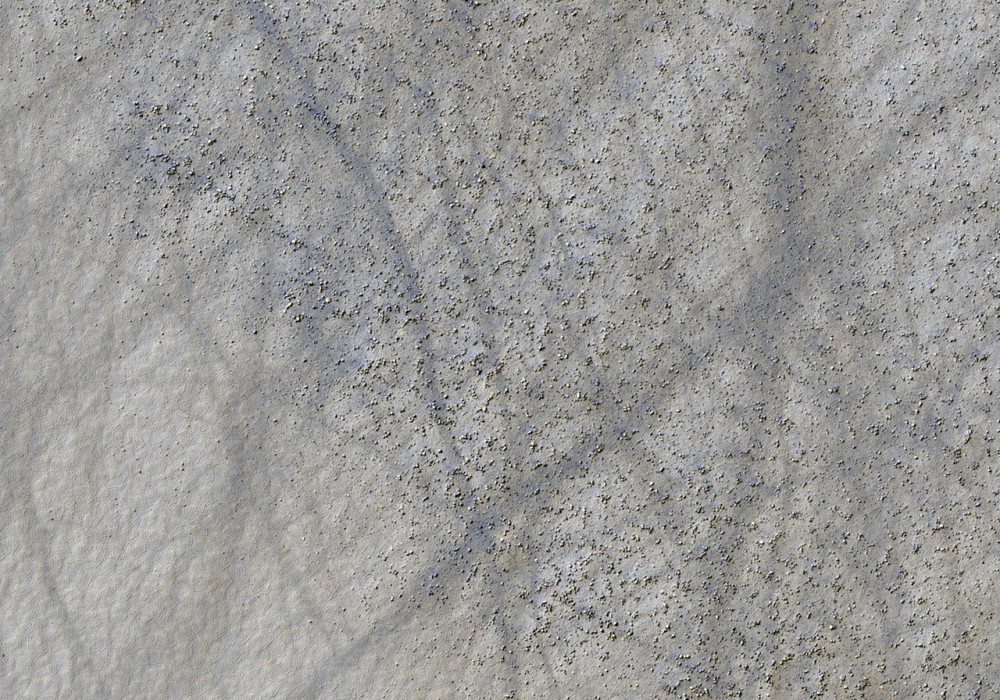