While most barchan dunes (also known as crescent dunes) on the Earth and Mars are near-symmetric in shape with two horns pointing down-wind (for example: PSP_007676_1385 or ESP_026745_2540 ), these dunes only have one pointy horn. Their other “horn” is very rounded and the steep slipface (the smooth slope between the horn and the rounded side that only forms in the sheltered downwind side of the dune) is offset from the middle.

The lack of symmetry within these dunes tells us that there is more than one wind direction acting here. The dominant wind within this region is along the direction of the horns (both the rounded and pointed one), or from the bottom-left of the image. Another wind then alters the basic dune shape. Most likely, a more recent or weaker wind is coming in from the left, thus causing one horn to elongate and the slipface to be offset. 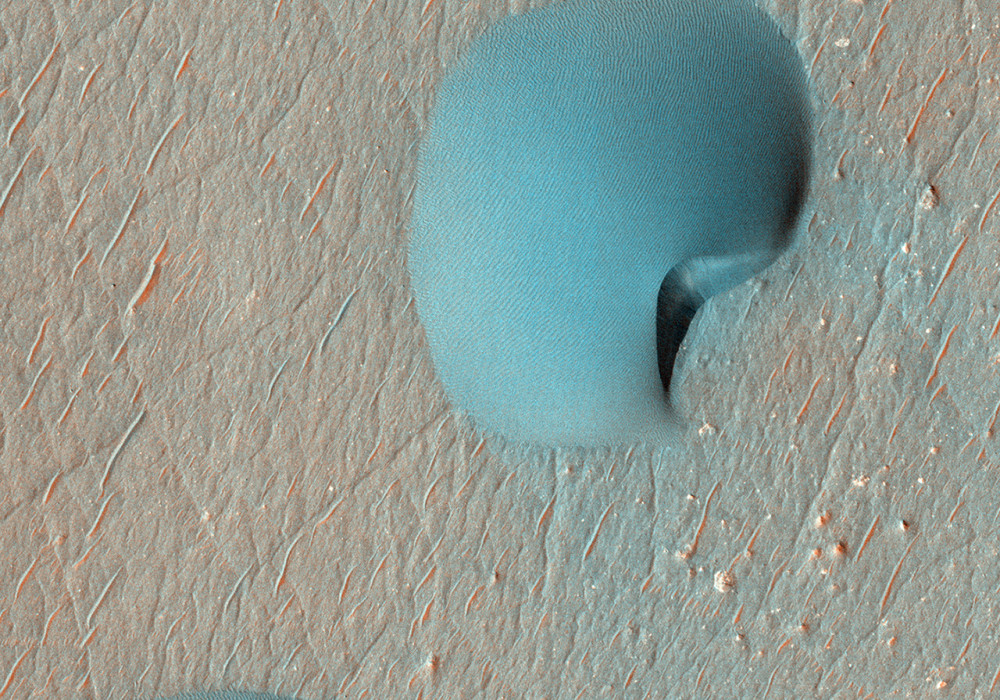