Aram Chaos appears to be a former impact crater. The terrain is disrupted, giving it a chaotic appearance (hence the name “chaos”). Scientists have postulated that a lake may have once existed inside the crater and sediments were laid down within the lake.

The mineral hematite (rich in iron) has been detected by orbiting spacecraft within Aram Chaos. Hematite has been identified in several other locations on Mars, including at the Mars Exploration Rover landing site in Meridiani Planum. The hematite at both Meridiani and Aram Chaos most likely formed by precipitation in water.

This HiRISE image shows the light-toned sediments inside Aram Chaos that could have formed in a former lake. Unfortunately, dark debris now obscures much of this sediment, making it difficult to view and interpret the rocks. The light-toned layered deposit in the south (bottom) of the image is higher standing and has a pitted surface.

Circular structures with dark centers are likely to be impact craters that have been partly filled with dark debris, including sand. More irregular depressions appear to result from erosion of layered beds within the sediments. Wind could erode materials that are slightly weaker more quickly and produce the irregular topography seen along the surface of the deposit. 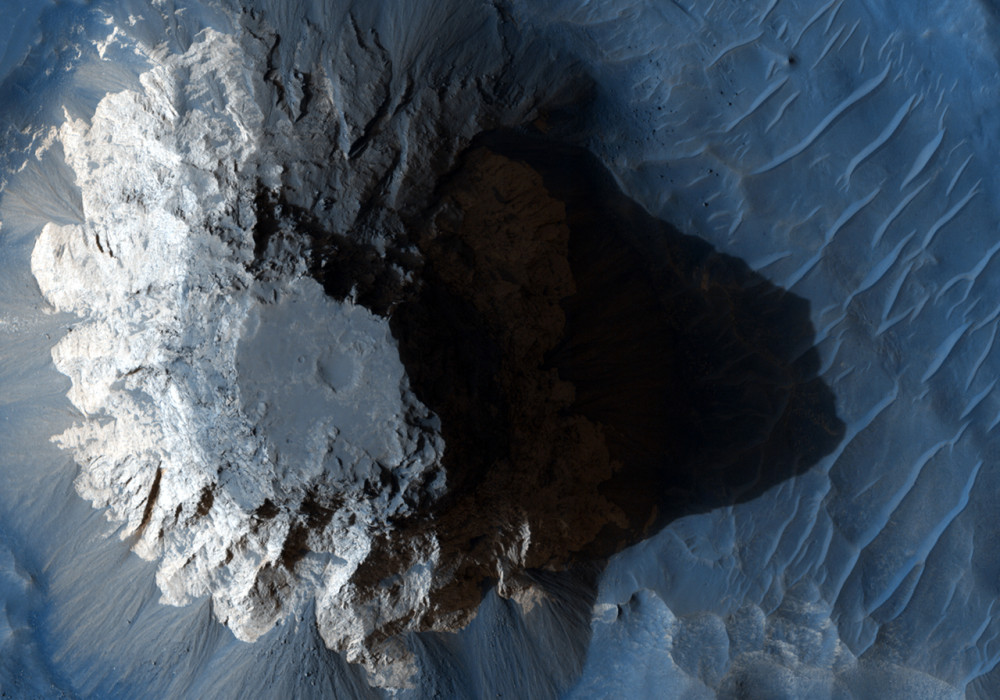