The Southern cap rock in Aram Chaos is situated in the Martian equatorial region, to the east of the Tharsis region.

In Ancient Greek, “chaos” meant an emptiness or void, the gap that existed between the heavens and the earth; here, we use the word to describe terrain that is jumbled and “confused.” As the image shows us, Aram Chaos is actually a heavily eroded impact crater, with material on the floor that is blocky in contrast to some of the surrounding terrain.

This would be an interesting area to explore and to send a rover, because we think that water might have existed in the underground as ice. 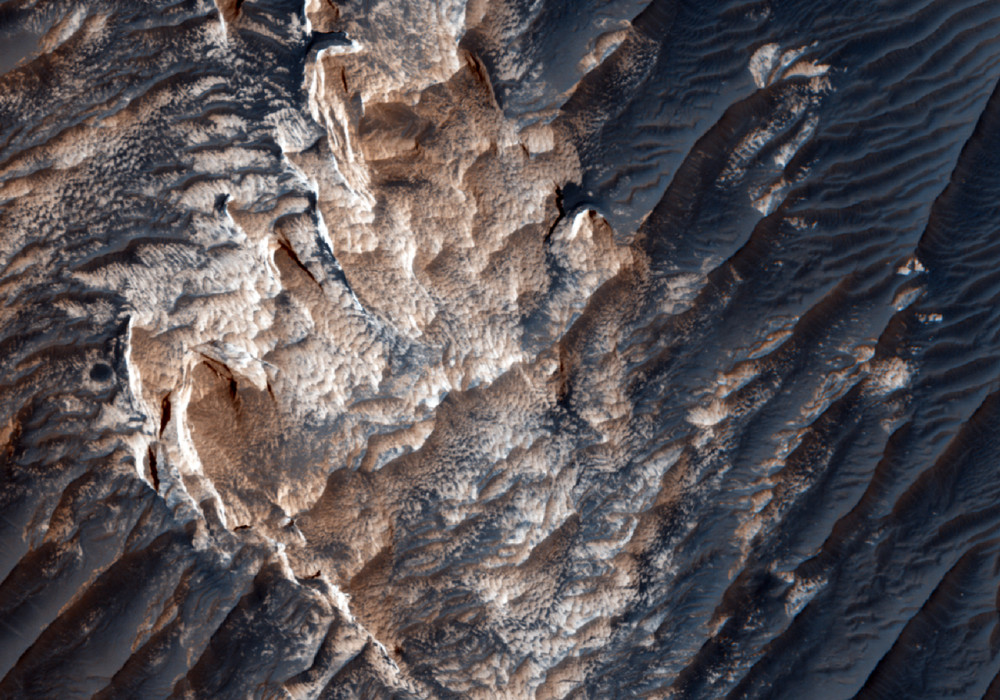