We previously released an image near the Ares 3 landing site from “The Martian” by Andy Weir. Andy then sent us the exact coordinates, which we targeted, and this is it.

The closeup shows some wind-blown deposits inside eroded craters. We can’t see the Ares 3 habitat because it arrives sometime in the future, so this is the “before” image. The dark areas appear bluish in HiRISE color but would appear grey to humans on the surface, or maybe a bit reddish when the air is dusty.
Ares 3’s 6-meter-diameter habitat would be just 20 pixels across at this scale, about 1/10th the diameter of the largest crater in the central cluster. If protagonist Mark Watney were laying flat on the surface, he would be 6 pixels tall. 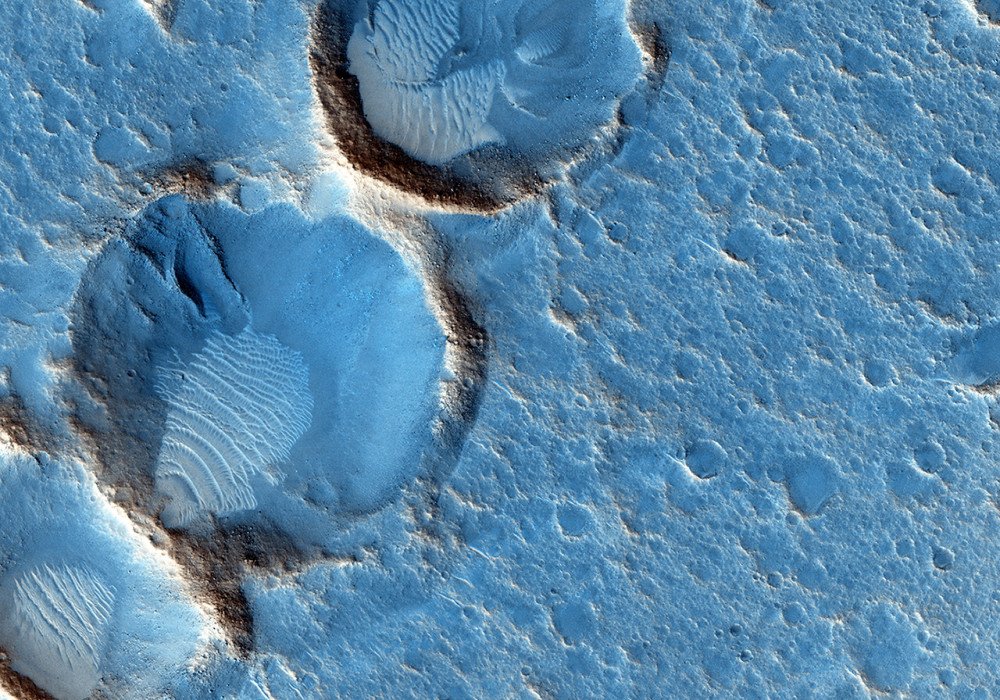