This observation shows an impressive chain of pits along the southernmost tip of the chain in Artynia Catena, located on the northwestern flank of the volcano, Alba Patera.

These pits form in fracture along its southern most extent. The fracture is part of a larger fracture system that is radial to the volcano and suggests that it is related to the formation of the volcano. Therefore, this chain of pits may have formed from the withdrawal of subsurface magma and subsequent partial collapse of the overlying material into the fracture.

Another explanation may be that subsurface water/ice may have preferentially formed along these fractures and subsequent removal of ice-rich material by sublimation resulted in partial collapse of surface materials forming the pit chain. 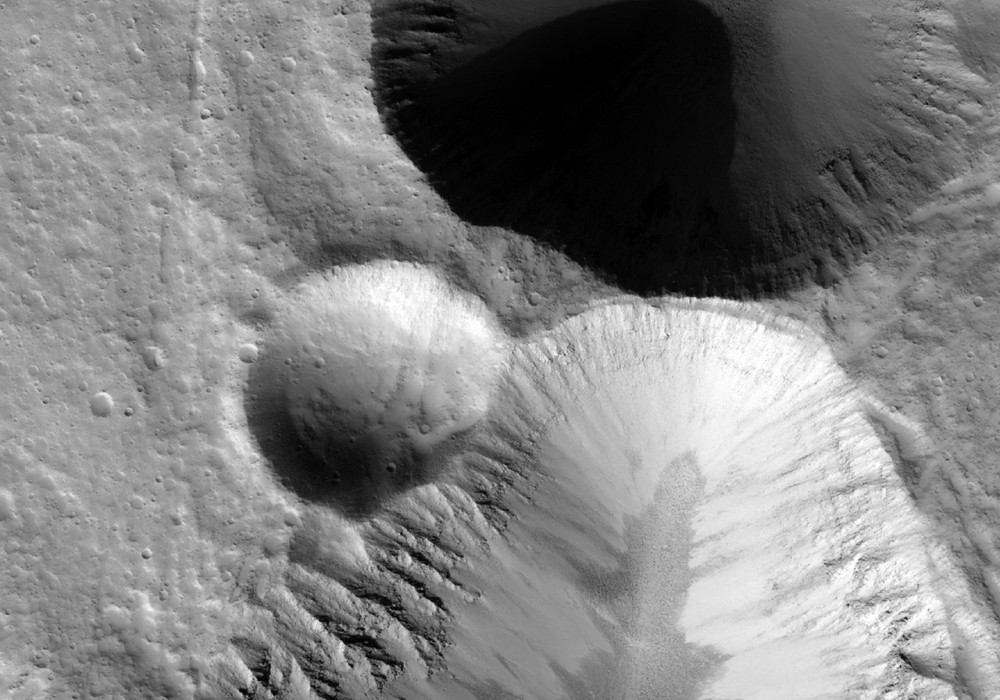