At the Edge of a Polar Cap

Formative down-slope winds descending on Mars’ North Polar ice cap likely play an important role in transporting sediment from the base of the ice cap into the dune fields that sit beyond the ice cap .

The deep chasm that formed on the polar cap edge is identified as an area of strong down-slope winds and has a clear connection to Mars’ largest dune field, Olympia Undae. Repeat HiRISE images from this chasm that specifically targets the dunes, provides the basis to evaluate the sand fluxes which are associated with the dune and ripple movement in this area. 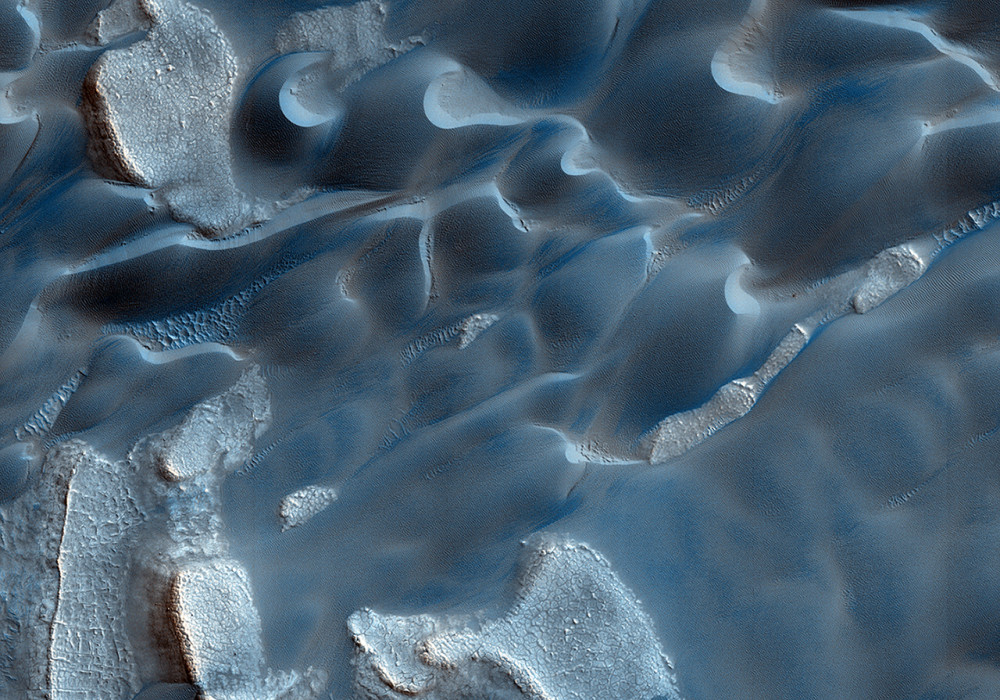