This observation shows small, branching channels that are part of the larger Athabasca Valles channel system.

These side channels are “distributaries” because they bifurcate from the main channel, which is located to the northwest of this image. The distributaries flowed from north to south when they were active.

Despite having pronounced topography, nearly all the terrain in this image is covered by a thin carapace of solidified lava. Long ago, the lava erupted from a fissure at the head of Athabasca Valles. It flooded this region and then receded, leaving behind only a thin coating. At higher elevations, the lava has a finely ridged but otherwise smooth texture, whereas on the floors of the distributary channels, it exhibits arcuate pressure ridges (that is, ridges formed by the compression, buckling and breaking of the lava flow surface) as well as a polygonal texture that bears a superficial resemblance to scaly reptile skin.

Small mounds and pitted cones dot the surface of the lava in the southern part of this HiRISE image. These are thought to be “rootless cones” that formed where steam explosions disrupted the lava flow. 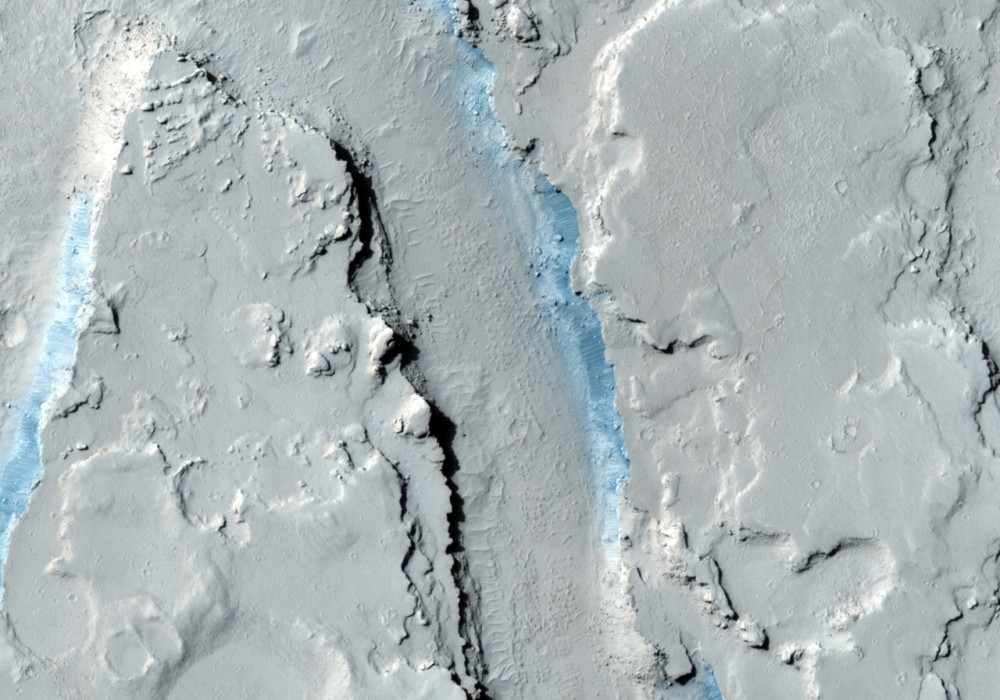