This observation shows a portion of Aurorae Chaos, chaotic terrain east of the Vallis Marineris canyon system. Aurorae Chaos extends from Capri and Eos Chasmata on the west into Hydraotes and Aureum Chaos on the north and east.

Chaotic terrain is thought to form from subsurface collapse following volatile release. It is possible that the Martian crust was at one time enriched in ices that became gases or liquid at relatively low temperatures upon encountering a heat source or was violently shaken. These ices existed in spaces between soil particles. If a large volume of volatiles is suddenly released, then there is a large portion of the soil volume missing. The soil cannot support itself, so it collapses. 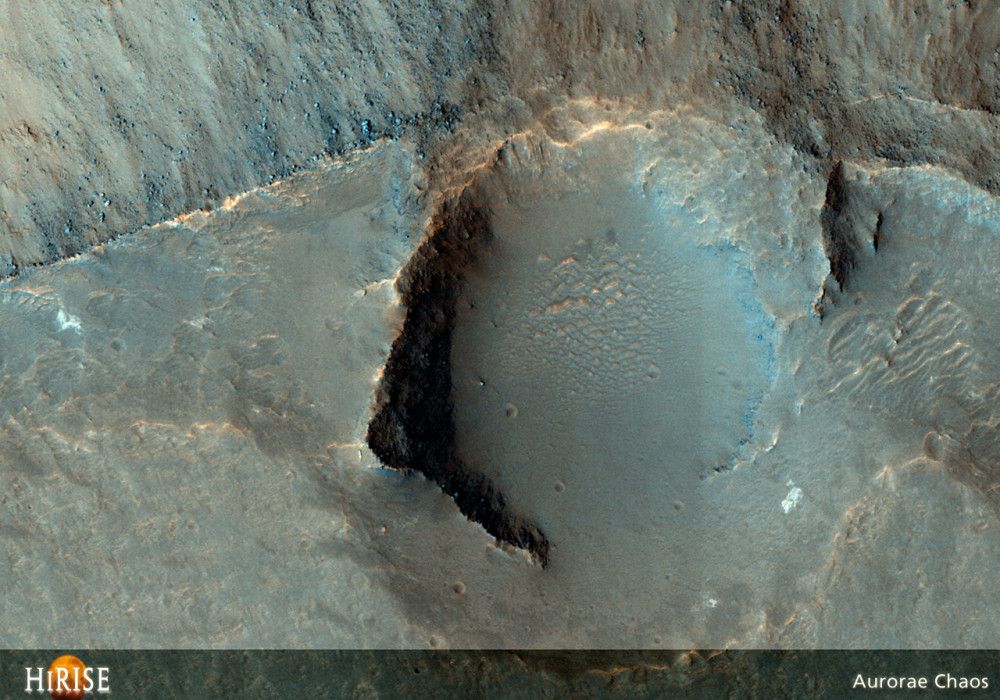