Bacolor Crater is a pristine crater in the northern hemisphere. The linear striations at the top and bottom of the image are from the blast of the formation impact. This crater has a central peak other mounds and terraces on its floor. All of these features appeared during the final stages of crater formation.

The north wall of the crater has landslides which have sculpted the crater rim. The south wall has gullies, thought to form by fluvial processes. The gullies here are more incised (cut into the slope) than the landslides are. 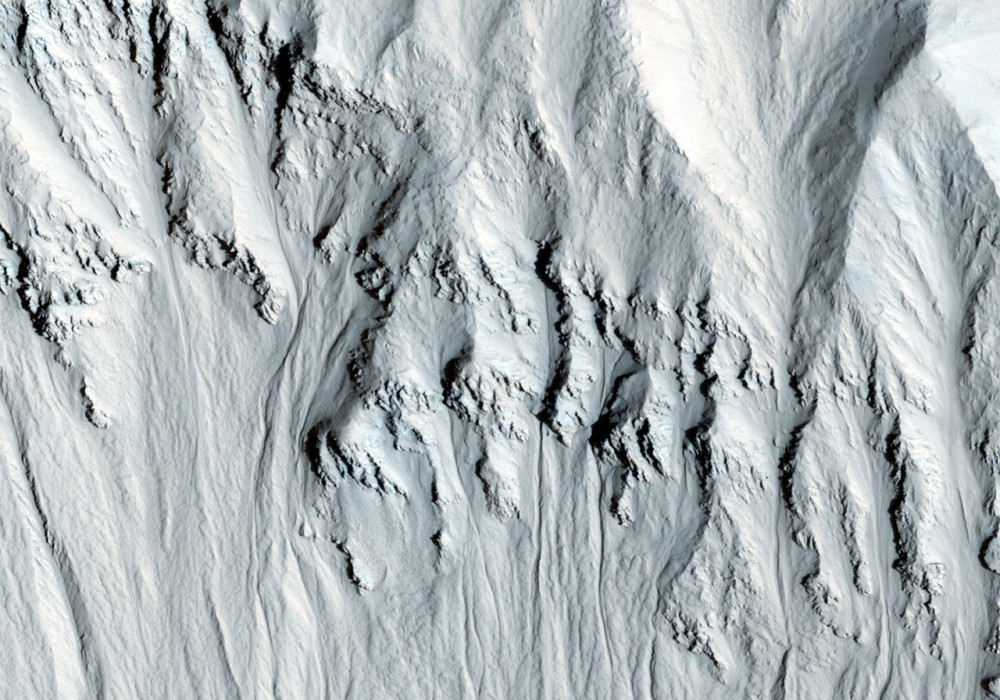