Hellas Basin is the largest known impact crater on the surface of Mars (approximately 2100 kilometers in diameter) and the second largest in the solar system to only the Moons South-Pole Aitken Basin.

The basin is located in in the Southern highlands of Mars and is thought to have been formed very early in Mars geologic history during the Late Heavy Bombardment, about 3.9 billion years ago. Each new observation of this impact basin has increased our understanding of the regions geologic complexity.

The region in this image is an example of what is known as complex banded terrain (also known colloquially as taffy-pull terrain) in the Northwest portion of Hellas Planitia. Its process of formation is still largely unknown, although it appears to be due to erosion of hard and soft sediment layers. However, this does nothing to explain the complex flow patterns that seem to be the result of ductile deformation. Ductile deformation results from layers undergoing strain, or deformation, due to large external stresses. 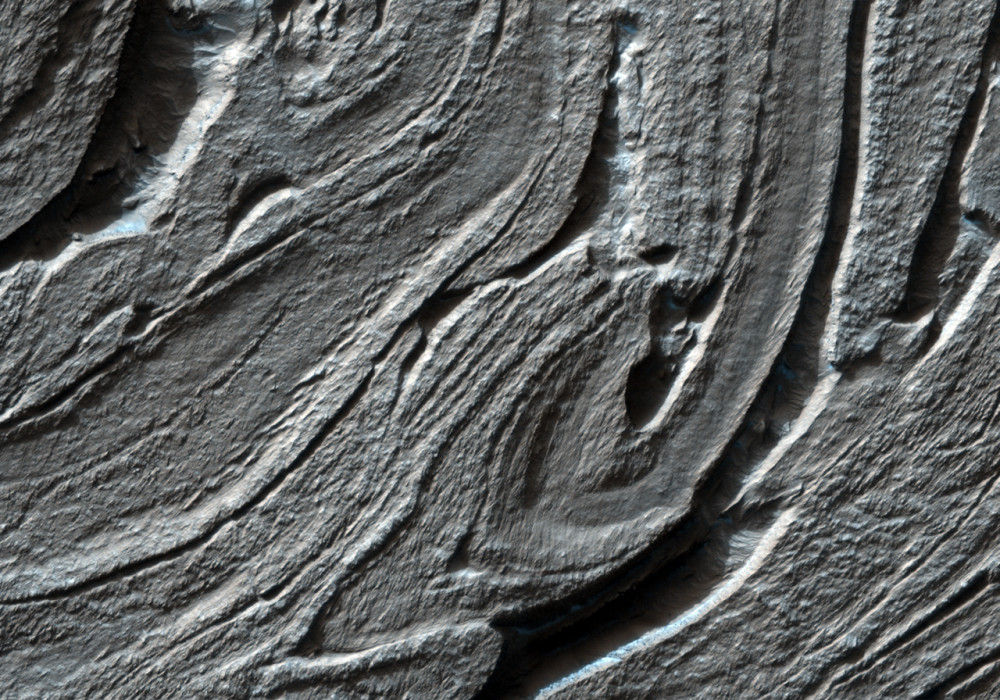