Low lying areas in the Hellas region–which is the largest impact basin on Mars–often show complex groups of banded ridges, furrows, and pits. These sorts of bands suggest that the surface material has flowed and twisted viscously like taffy. The orientation of the ridges and groups of ridges would then point in the direction of the flow , called stream lines.

Making this landscape even more complex is when we see that the ridges are sometimes disconnected. They stop abruptly, break up into blocky segments that sometimes appear offset. Such mixed up fragments give an initial sense that parts of the flow have been rafted apart from one another. Alternatively, the entire region may be substantially eroded since the time when the taffy-like ridges actually formed. In that case, the flow may have been far more complex and three dimensional, such that the disconnected portions are actually areas where the flow transitioned up and down relative to the current plane of the eroded surface. In this way we only see a slice through a far more complex series of twists and bends, some of which is still buried beneath the ground.

What this taffy-like material is made of is currently unknown. Hard and soft rocks, as well as ice and ice-rich rocky debris, can deform and flow given time under the force of gravity and the pressures found deep beneath the surface. Afterwards, differential erosion of hard and soft rock or icy materials mixed in bands and layers might give rise to the ridges, furrows and pits which we observe today. 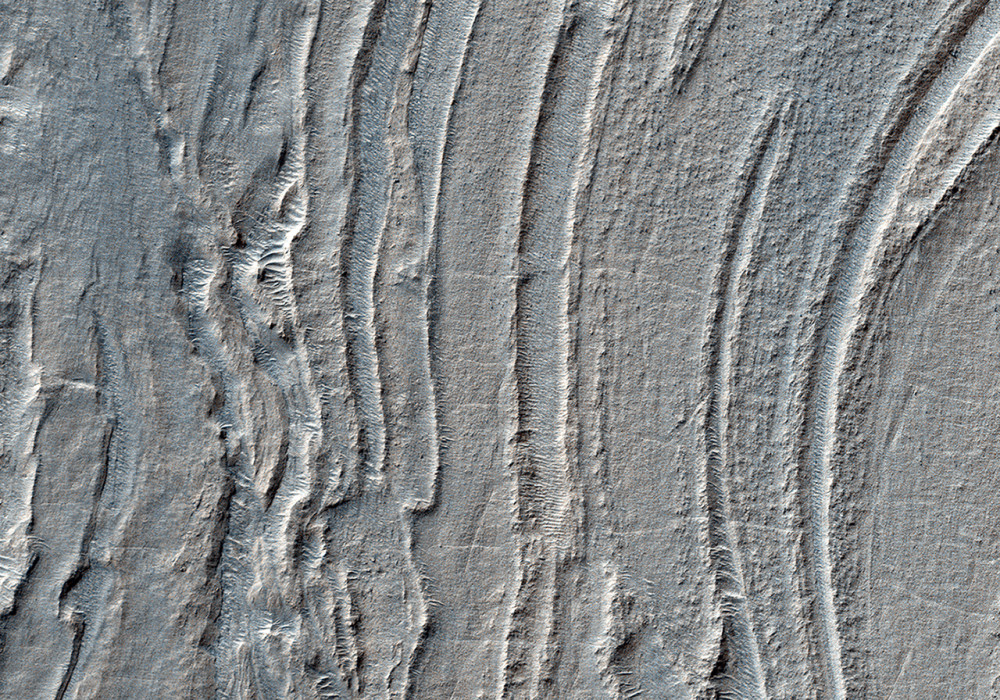