The tropics of Mars are commonly littered with small bright ripples that were somehow shaped by the wind. Called “transverse aeolian ridges”, or TARs, the features stand up to 6 meters tall and are spaced a few tens of meters apart. They are typically oriented transverse to modern day wind directions, and often found in channels and crater interiors. The physical process that produces these features is still mysterious. Most TARs display no evidence of internal structure, so it is difficult to discern exactly how they were formed.

While validating a HiRISE digital terrain model of the area, Sarah Mattson of the University of Arizona discovered these rare banded TARs in Iapygia, south of Syrtis Major . These features resemble TARs elsewhere on Mars, except that they show bands or layers on their northwest faces but fewer or none on the southeast sides.

One possible interpretation of this strange layering is that these particular TARs are made up of wedge-shaped layers, as shown in the schematic cross-section illustrating the inferred structure of the TARs. If this hypothesis is correct, it implies that the ripples grew vertically over time, as material accreted at the crests of the ridges. It also suggests that the banded slopes faced upwind.

This observation might provide a valuable clue to the formation of TARs elsewhere on Mars, if they have a similar internal structure but that structure cannot be seen because they are made up of homogeneous materials that are uniform in color. 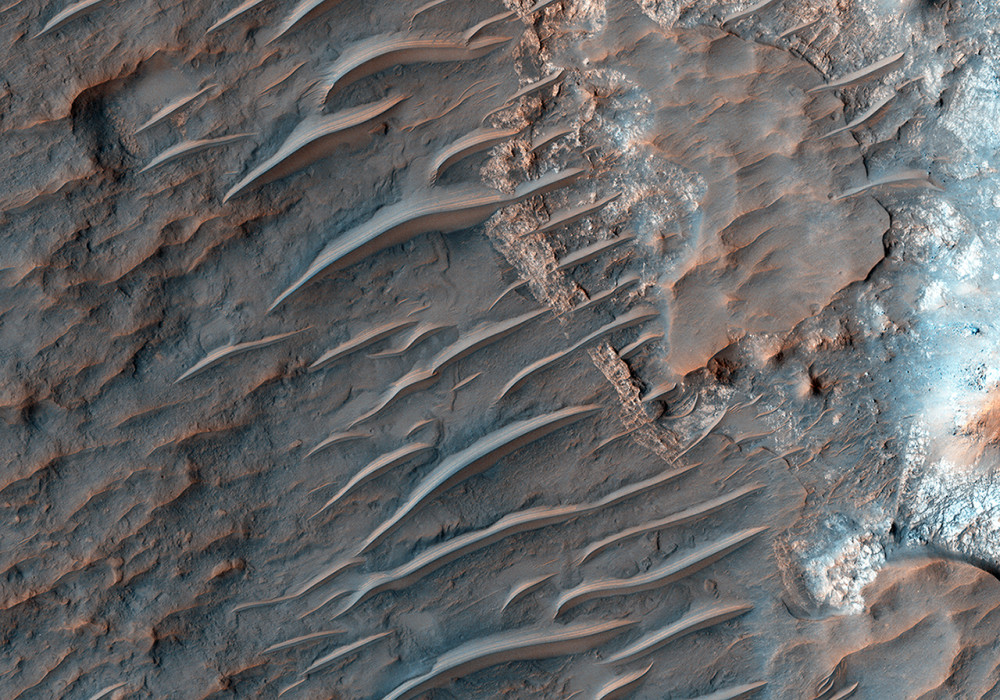