Hellas Planitia is the vast interior of the largest enclosed impact basin on Mars. Hellas is located in the Southern highlands and formed very early in the planet’s history.

The deepest place in Hellas, and on Mars, is in the northwestern interior of Hellas. This observation shows an example of banded terrain that is common throughout this low-lying region.

The origin of this unique terrain exhibiting complex flow patterns is still under debate, but may be related to ductile deformation caused by large stresses that caused the material to bend and fold. The subimage shows large boulders that are eroding from scarps at the southern end of the image (lower right is downhill). 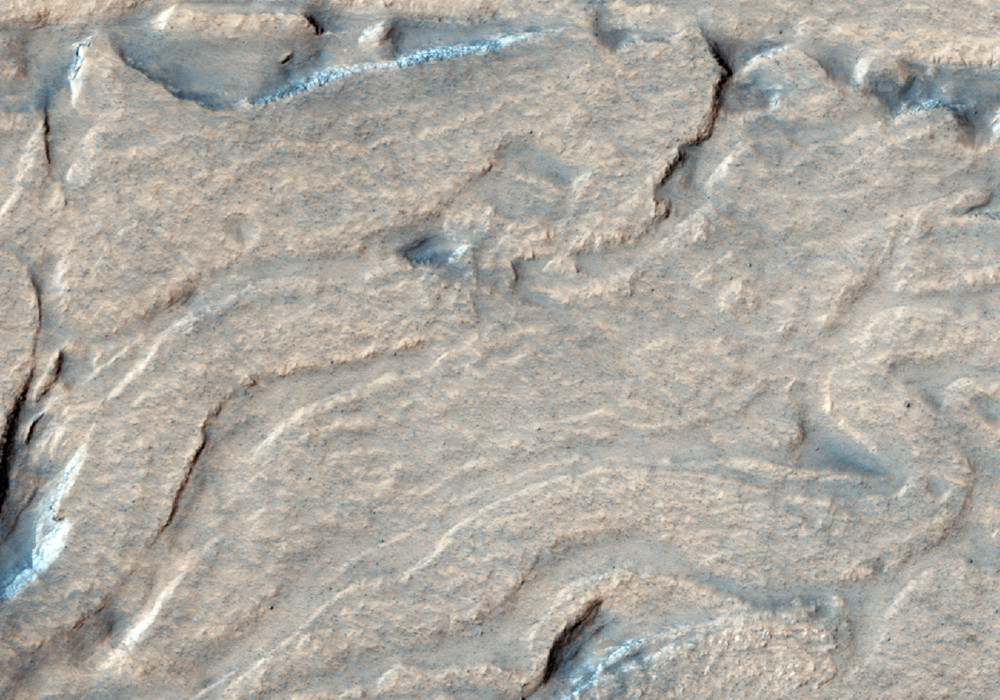