This image shows enigmatic banded terrain in Hellas Planitia. Hellas is an extremely large, ancient basin formed when an asteroid struck Mars billions of years ago. Good examples of the bands are visible at the northern edge of the image and in the lower left.

The reason for the banded texture is not certain, even with HiRISE resolution. Some of the band material appears to be extremely rich in small boulders about one meter across. It appears that the bands form topographic steps in places, likely due to erosion. Alternating strong and weak layers can produce steps like this as they are eroded.

It is not clear how the band material was deposited, but the convoluted appearance may be a product of deformation, coupled with erosion. Distortion in three dimensions, joined with partial erosion of the deposits, can produce complex textures. Further complications may arise because the banded material may be draped over underlying topography. 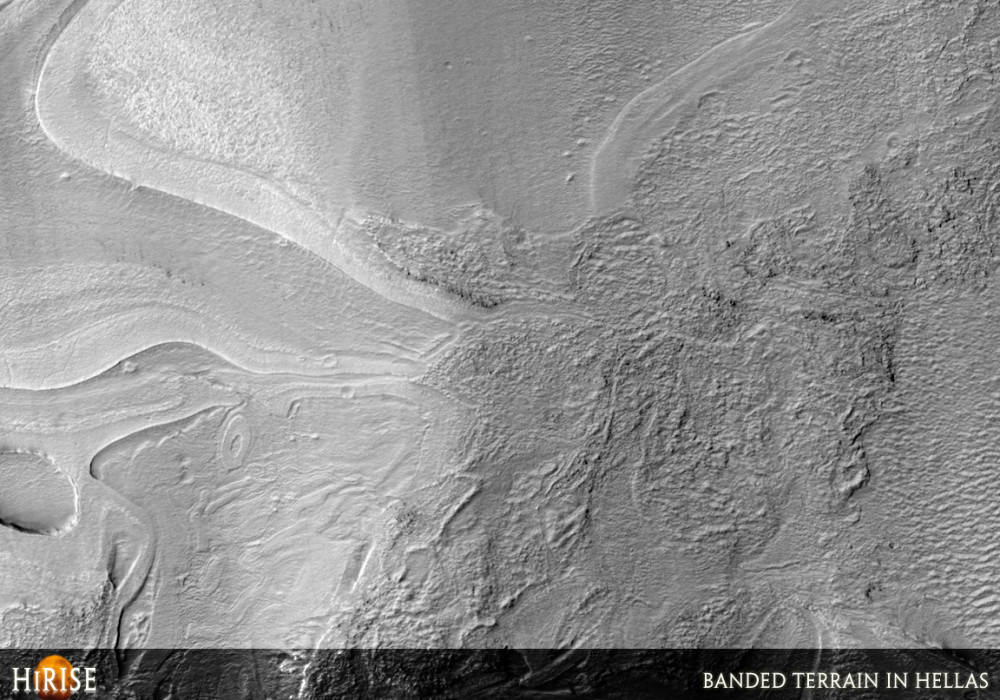