This area was covered in a well known MOC image of October 1997 (AB1-01303) that shows what appears to be layered rock, deep below the Martian surface.

At the time, this was considered to be revolutionary and seemed to contradict the general view of the upper crust of Mars as being a lunar-like “megaregolith.” Later coverage of this outcrop area by MOC is not particularly good and the CTX (Context Camera) coverage doesn’t improve on spatial resolution much.

However, experience with other HiRISE images suggests the “layering” will be less obvious at sub-meter-per-pixel scales, but nonetheless we’ll see some interesting things. This was thought to be an important area for the development of some post-Viking views of Mars. This underscores how much technology has changed since the 1970s. 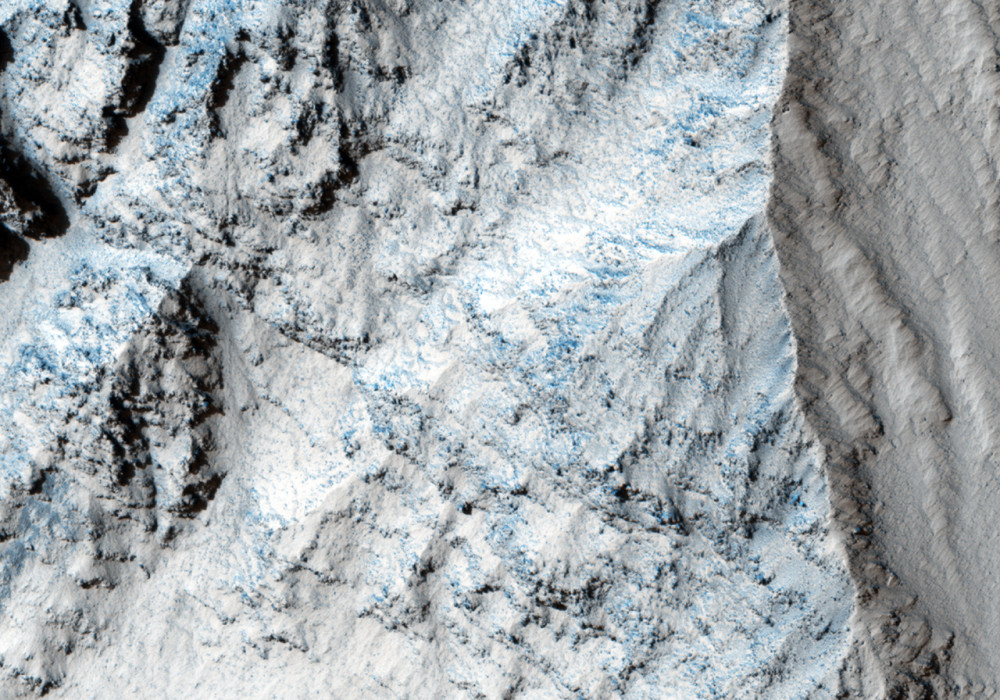