Many dark toned sand dunes march down the trough under the wind’s direction. The sand dunes visible here are barchan dunes. Barchan dunes are also commonly found on Earth, and are crescent-shaped with a steep slip face bordered by horns oriented in the downwind direction. Barchan dunes form by uni-directional winds and thus are good indicators of the dominant wind direction. In this case, the dunes indicate that the direction of the strongest winds are parallel to the chasma walls, roughly east to west. The dark material composing the dunes could be volcanic ash or is possibly dark sand eroding out of the polar layered materials. 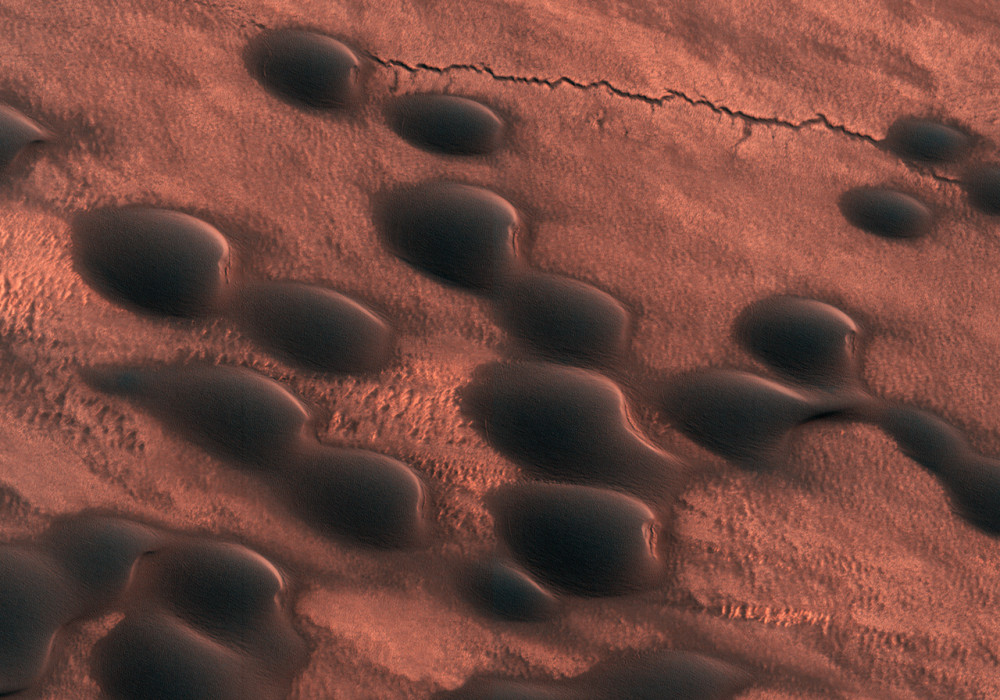