This image shows a portion of the south polar layered deposits near the base. Illumination is from the lower right, and the scene width is 6 kilometers (approximately 3.7 miles).

The south polar layered deposits are an accumulation of layers of mostly water ice and dust, similar in some ways to the ice caps in Greenland and Antarctica. Often, layers near the base of terrestrial ice caps are deformed because of ice flow and because of sliding of the ice on the underlying surface. On Mars, the polar layered deposits are likely frozen to the underlying materials, and thus do not slide. It is also likely too cold for the ice to flow very much.

These basal layers of the south polar layered deposits do show some interesting wavy patterns that may be due either to simple erosion or to some kind of flow and folding, possibly having occurred in the distant past. In the lower right hand corner some layers appear to be truncated against others, possibly indicating what is called an “unconformity,” formed when layers are eroded and then new layers are deposited on top. Written by: Kathryn Fishbaugh   (12 December 2007) 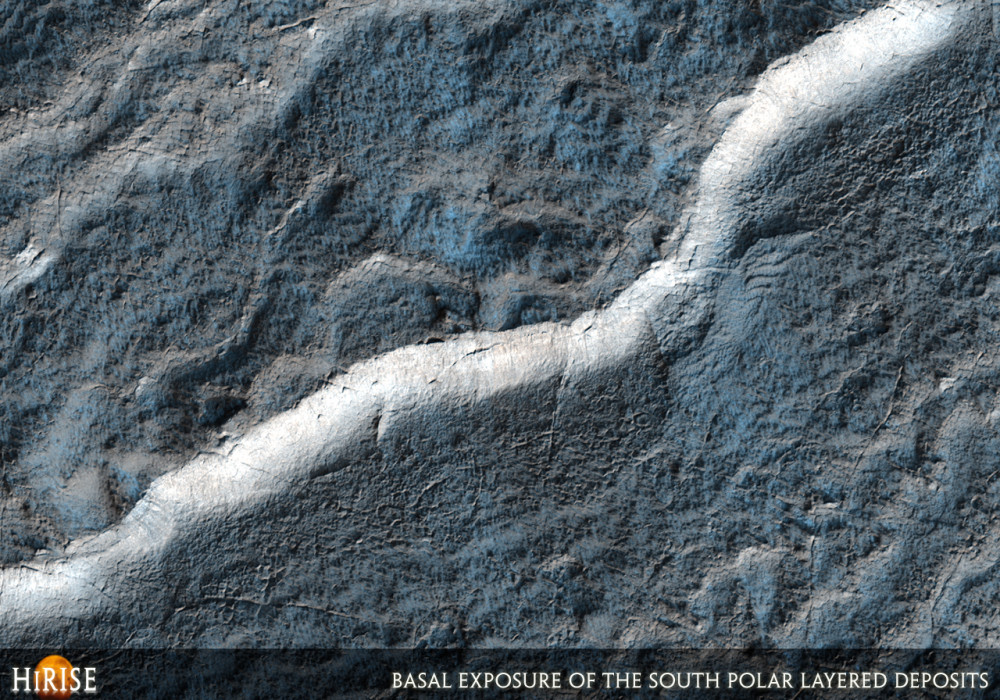