Impact craters are interesting because they provide a mechanism to uplift and expose underlying bedrock, allowing for the study of the subsurface and the geologic past. An enhanced color image shows the wall of the crater, which exposes layering as well as blocks of rock. There is a distinctive large block in the upper left of the crater wall, generally referred to as a âmega-block.â It is an angular, light-toned, highly fragmented block, about 100 meters across. Several smaller light-toned blocks are also in the crater wall, possibly of the same rock type as the âmega-block.â

Ejecta blocks are thrown outward during the initial excavation of a crater, or are deposited as part of the ground-hugging flows of which the majority of the ejecta blanket is comprised. Through images like these, we are able to study the deeper subsurface of Mars that is not otherwise exposed. 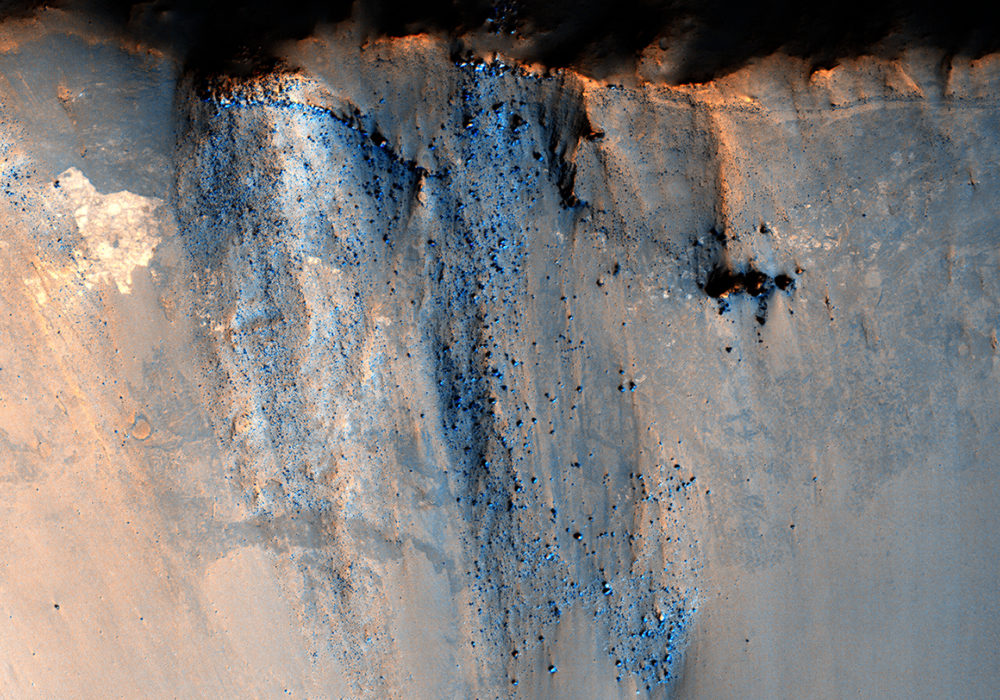