This region is southwest of Aram Chaos, and like the name “chaos” suggests, the terrain is characterized by randomly oriented, large-scale mesas and knobs that are heavily eroded and dominate the area. (You might also see the phrase “chaotic terrain” used to describe such areas.)

The OMEGA experiment on Mars Express discovered clay minerals (phyllosilicates) in a variety places in Aureum Chaos. Since these minerals require water to form, it’s possible large amounts were once here. The removal of that water is one of the ways the terrain was formed. 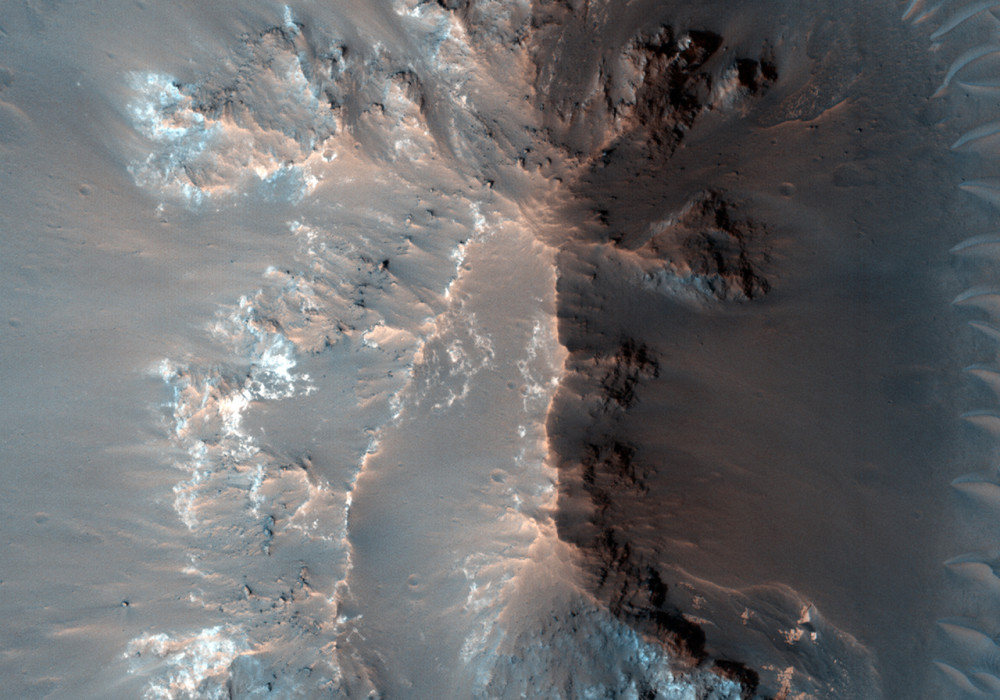