This mid-latitude (53 degrees North) crater appears well-preserved, with a clear ejecta blanket and well-defined rim. Bedrock exposures are visible near the top of the rim. Studying this site can yield information about the underlying terrain within this region.

Additionally, HiRISE images show small-scale features formed through modification and degradation processes; for example, few-meter-wide cracks that run perpendicular to the slope are likely formed through slumping and periglacial processes.

Gullies and flow features are also likely to be found along the crater wall — possible shallow channels starting at the bedrock exposures are visible in along the rim in the upper/left portion of the image. 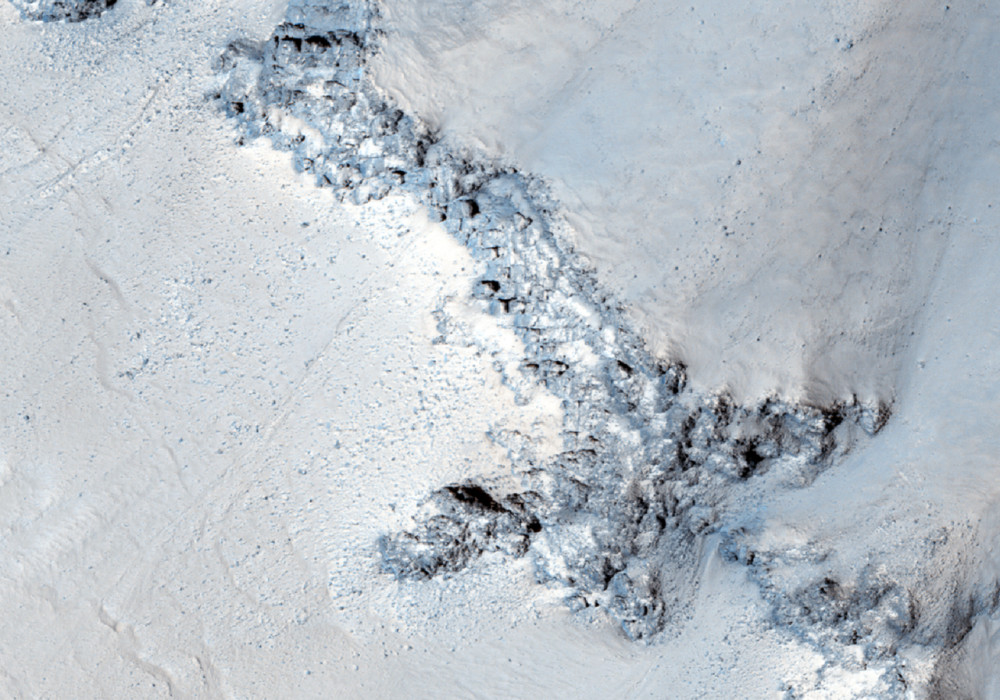