Better Preserved on Mars than on Earth

In many ways, Mars bears remarkable similarities to Earth, but in some ways it is drastically different. Scientists often use Earth as an example, or analog, to help us to understand the geologic history of the Red Planet.

As we continue to study Mars, it is vitally important to remember in what ways it differs from Earth. One very apparent way, readily observed from orbit, has to do with its preservation of numerous craters of all sizes, which are densest in its Southern hemisphere. Earth has comparatively little preserved craters—about 1000 to 1500 times fewer—due to very active geologic processes, especially involving water. When it comes to impact craters, there are some things that can no longer be observed on Earth, but can be observed on Mars.

This color composite shows one such example . It covers a portion of the northern central peak of a unnamed, 20-kilometer crater that contains abundant fragmental bedrock called “breccia.” The geological relationships here suggest that these breccias include ones formed by the host crater, and others formed from numerous impacts in the distant past.

Because there are fewer craters preserved on Earth, terrestrial central uplifts do not expose bedrock formed by previous craters. It may have been the case in the past, but such craters were destroyed over geologic time. 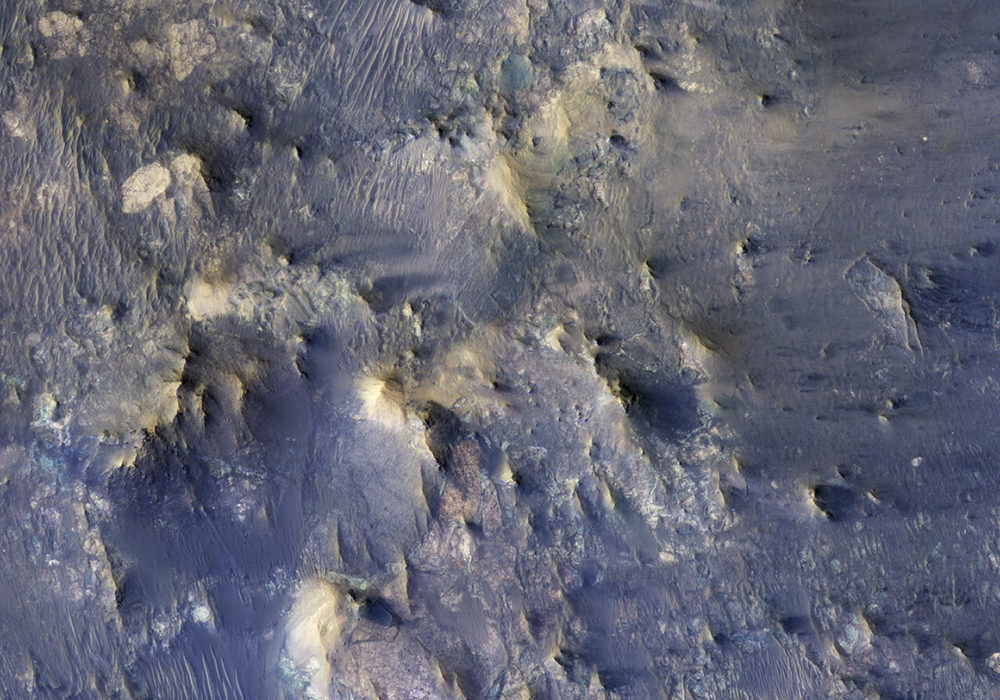