NASA’s Mars Science Laboratory was lowered to the Martian surface via the sky crane, a rocket propelled stage that used its rockets to gently deliver the rover to the surface. As soon as the rover touched the surface, explosive bolts triggered to released from it from its tethers.

The sky crane then tilted 45 degrees and flew away until it ran out of fuel, at which point it crashed onto the surface. The subimage shown here shows the sky crane’s impact site, as the sky crane careened in roughly from the northwest. The impact disturbed the bright dust, revealing the darker rocky substrate. It was no light impact.

Possible pieces of the sky crane, appearing as small white dots within and at the end of the some of these dark streaks, are visible in the image and the zoomed-in version of the inset (arrows).

This image was acquired 24 hours after MSL landed to locate the hardware on the surface.

The color strip didn’t cover the hardware, but does provide a spectacular oblique view of the central mound or “Mount Sharp” (Aeolis Mons).

The viewing angle is 45 degrees, like looking out an airplane window. The subimage has been rotated 90 degrees to provide this perspective. 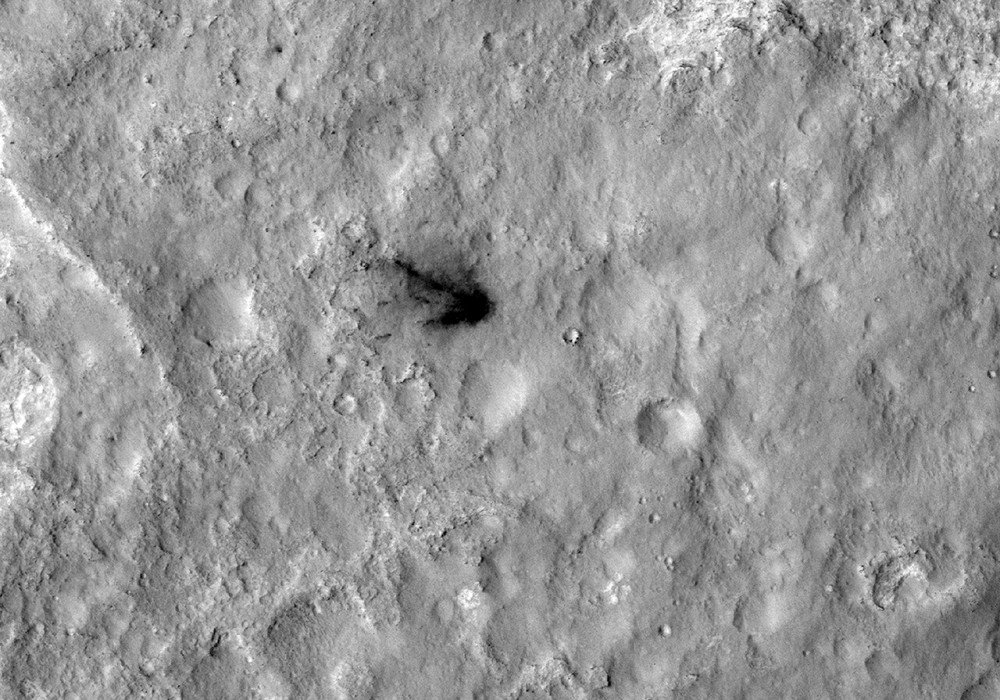