The North Polar layered deposits (NPLD) are a stack of layers of ice and dust at the North Pole of Mars. The layers are thought to have been deposited over millions of years, as the atmosphere changed in response to the varying tilt of the planet’s axis. Learning to read this record could tell us much about recent conditions on Mars, but we first need to understand the processes that have shaped the NPLD.

Comparing this HiRISE image with an observation from the previous Martian year reveals an example of one of these processes: block falls . The slope is steep and fractured here, and a large chunk of dusty ice has tumbled down the slope and broken apart. Scientists on the HiRISE team are studying this process at many locations in order to measure how quickly the NPLD is changing.

Other changes are visible on the slope as well: sand patches have shifted, and in some places on the slope they have been eroded into grooves or troughs, most likely by the carbon dioxide frost (dry ice) that covers the North Pole in the winter. 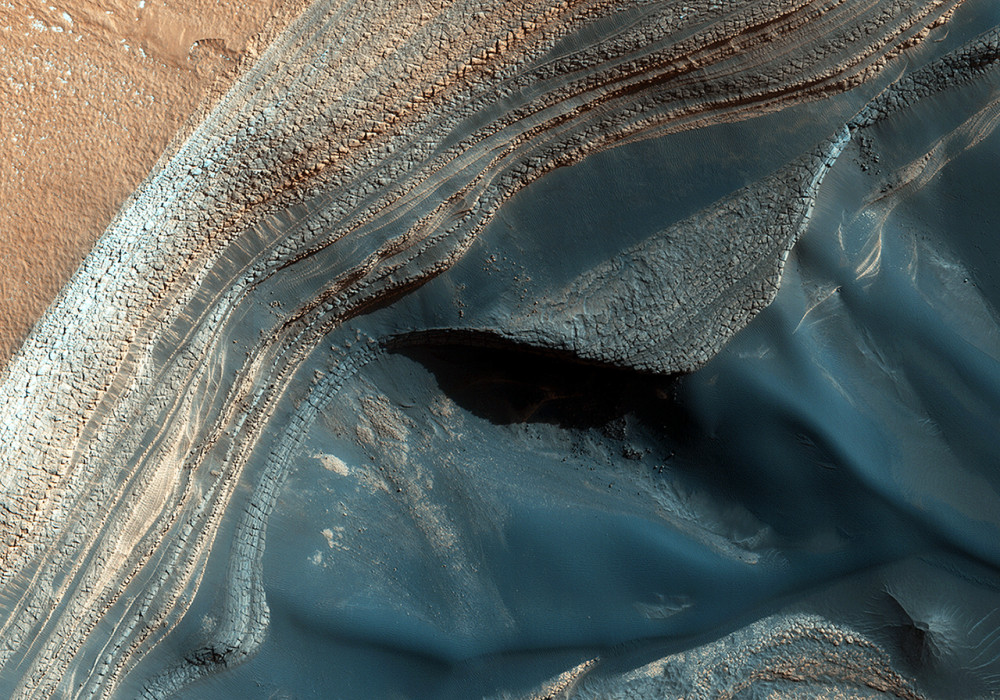